McCain in Stable Condition After Surgery in Phoenix, Office Says 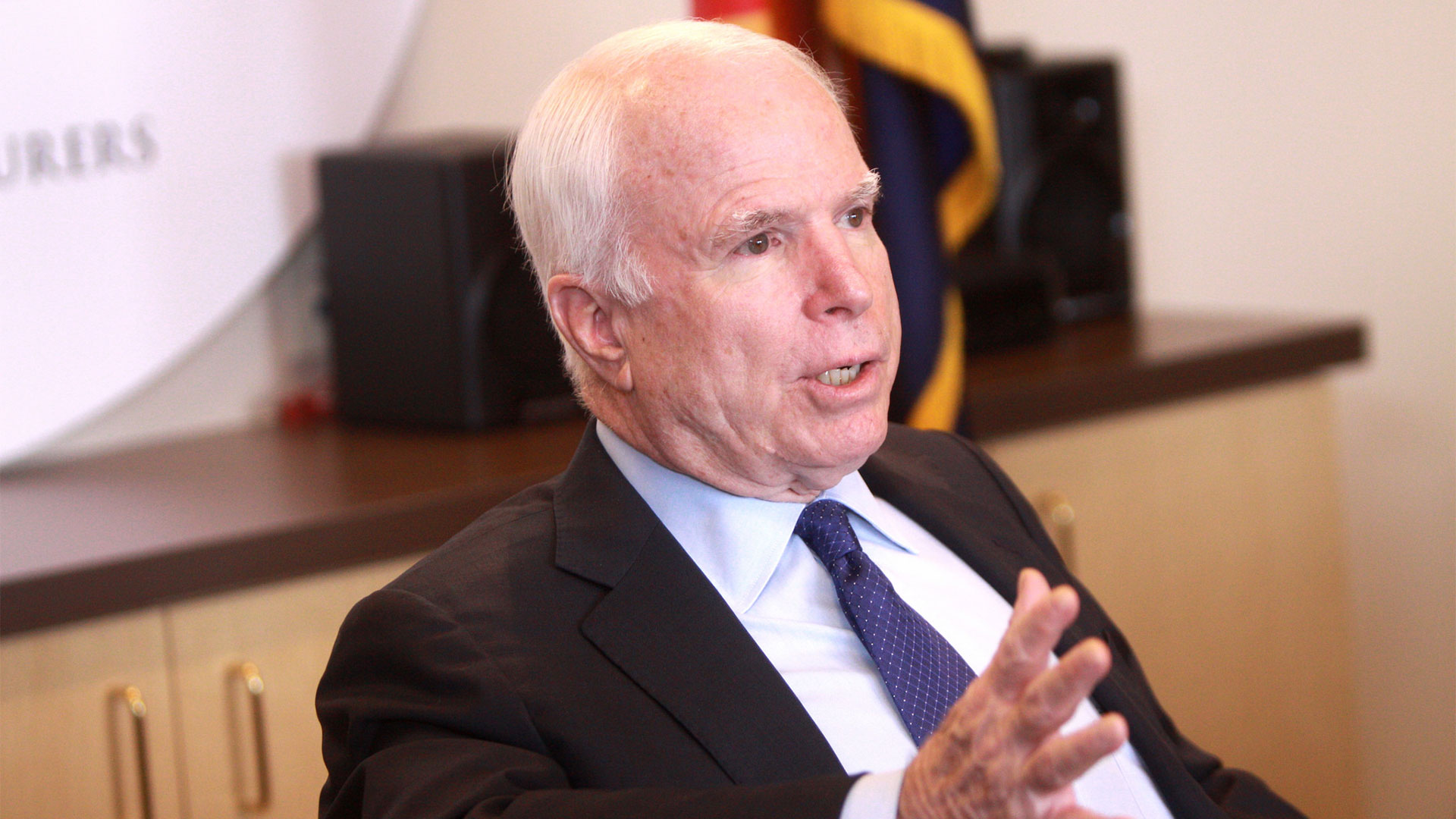 Sen. John McCain speaking at a business roundtable hosted by the Arizona Chamber of Commerce & Industry in Phoenix, Arizona, in 2013.
Gage Skidmore

U.S. Sen. John McCain was admitted to the Mayo Clinic in Phoenix on Sunday for surgery to deal with an intestinal infection, according to his office.

A statement from McCain's office said the infection was related to diverticulitis, and the senator is in "stable condition."

Diverticulitis is an inflammation or infection of small pouches, or diverticula, in the intestines, according to the Mayo Clinic.

McCain last summer announced he had an aggressive form of brain cancer. He has been home in Cornville, Arizona, recovering from the side effects of his treatment since December.

In a Twitter statement, daughter Meghan McCain said, "Thank you to the doctors at Mayo Clinic in Phoenix and to everyone praying for him."

His doctors will not be giving any interviews about his condition, the senator's office said.

Warship Adds Sen. McCain's Name, Honoring 3 Generations Immigration Will be 'Significant Component' of McCain Legacy AP Sources: WH Aide Dismisses McCain View, Says 'He's Dying'
By posting comments, you agree to our
AZPM encourages comments, but comments that contain profanity, unrelated information, threats, libel, defamatory statements, obscenities, pornography or that violate the law are not allowed. Comments that promote commercial products or services are not allowed. Comments in violation of this policy will be removed. Continued posting of comments that violate this policy will result in the commenter being banned from the site.