Lindsey Chew's work is leading her to pursue a physician-scientist career path. by Sara Hammond Tweet 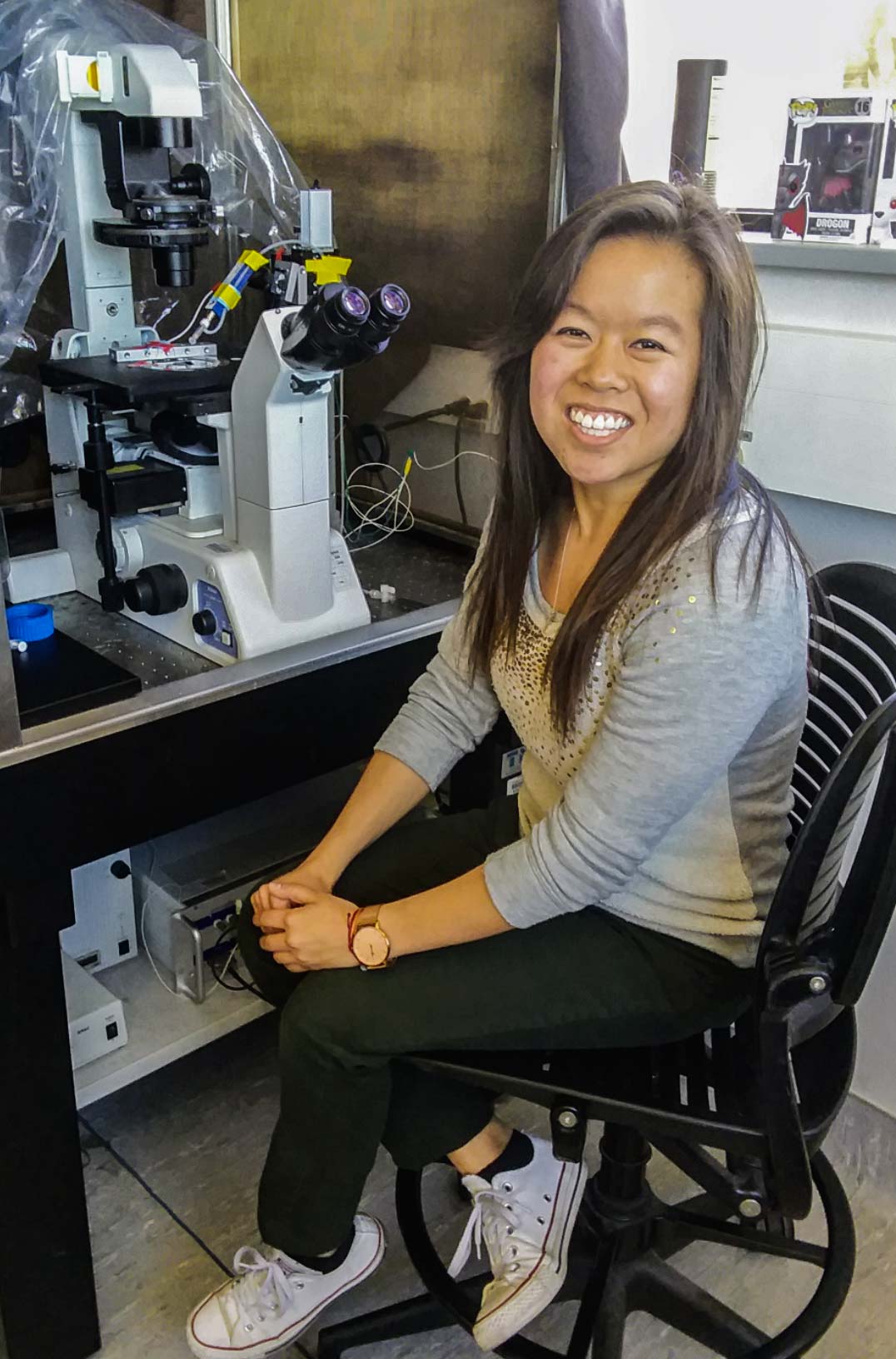 University of Arizona neuroscience senior Lindsey Chew will show her non-opioid pain relief research at a Capitol Hill event April 18, the only Arizona student among the 60 from around the United States invited to participate.

Chew, a graduate of Chandler's Hamilton High School, said before she set foot on the UA campus, she knew she wanted to work in a research laboratory on campus.

She contacted university scientists and found a match on her first day at college in Rajesh Khanna, a pharmacology professor in the College of Medicine. Chew has worked in Khanna's laboratory ever since.

"In Dr. Khanna's lab, his mentorship has really guided me to understand and see more of what basic science and its intersection with clinical medicine can look like. He has encouraged me to not only be involved in the laboratory but to see where that starts to affect patients," she said.

Khanna and his team have worked for 10 years to develop compounds that are more effective than morphine, and are nonaddictive and nontoxic at high doses. The scientists focus on targeting just one pain channel, avoiding opioids’ negative effects such as increased risk of addiction and overdose. Chew has worked alongside the group during her UA career and is helping to bring the new drug to market.

Chew's entry in the Posters on the Hill exhibit at the Rayburn House Office Building in Washington, D.C., explains the new pain therapy.

"Seeing some of the ideas from the Khanna lab start to turn into products that may be able to benefit patients soon, I've been motivated to pursue a physician-scientist career," she said.

After graduating from UA in May, Chew will enroll in Duke University's M.D./Ph.D program.

Pima County Non-Profit Wins Grant to Educate Youth on Opioid Abuse Arizona Releases New Opioid Guidelines UA Researchers Turn Up Heat for Biochemical Study
By posting comments, you agree to our
AZPM encourages comments, but comments that contain profanity, unrelated information, threats, libel, defamatory statements, obscenities, pornography or that violate the law are not allowed. Comments that promote commercial products or services are not allowed. Comments in violation of this policy will be removed. Continued posting of comments that violate this policy will result in the commenter being banned from the site.