The exchange would settle a long-standing federal commitment to the tribe. by Laurel Morales, Fronteras Desk TWEET SHARE 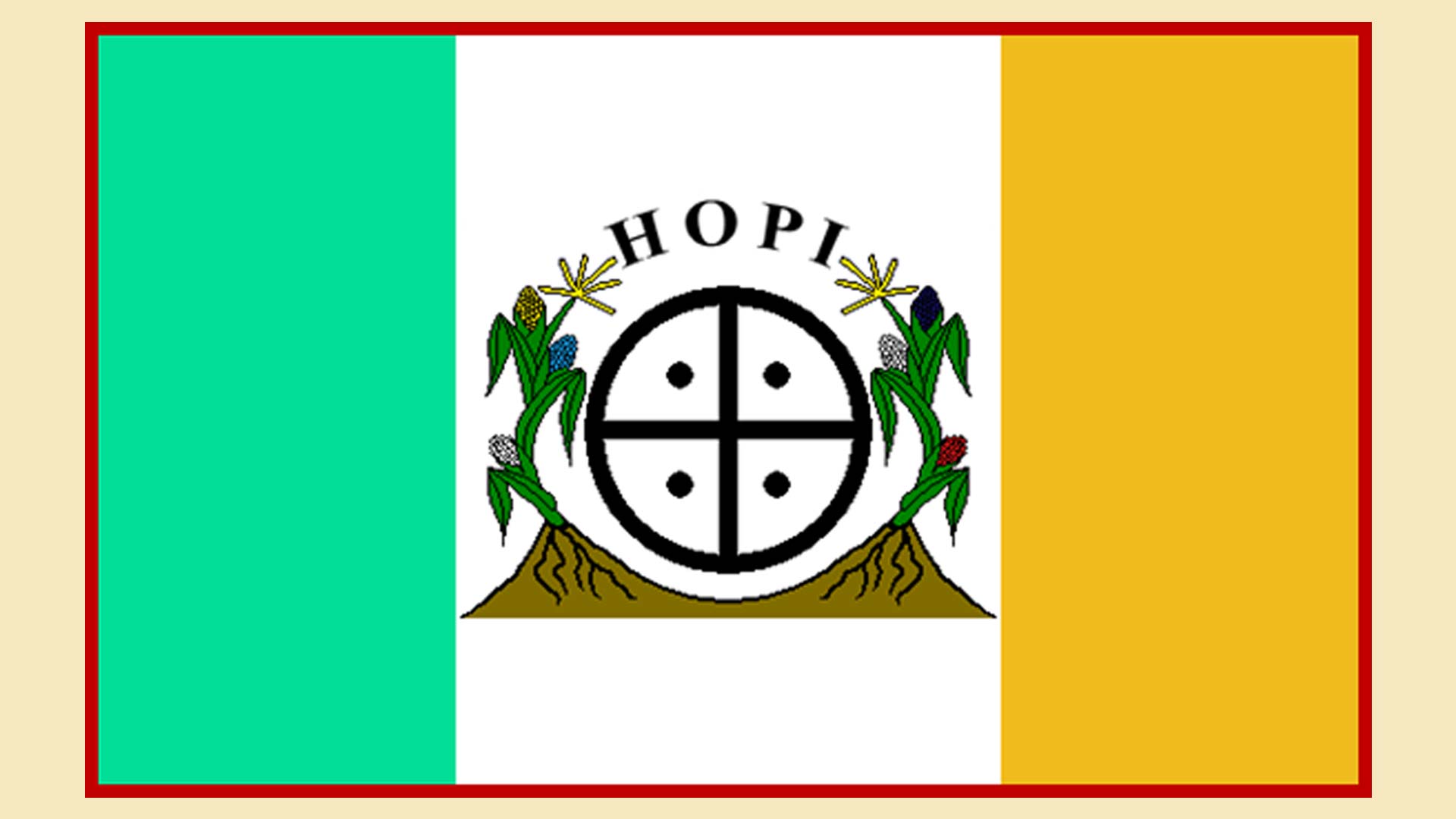 Flag of the Hopi Nation, adapted from www.hopi-nsn.gov.

City and county officials will meet in Flagstaff on Monday to discuss whether thousands of acres of national forest land will transfer to the state.

The land swap would settle a long-standing federal commitment to the Hopi.

In 1996, Congress approved an agreement to resolve a decades-old land dispute with the Hopi and Navajo tribes.

Last year when former Hopi Chairman Herman Honanie heard of the coal plant’s decision to close, he decided to look for a new source of economic development. The tribe has relied heavily on coal. So Honanie asked Sen. John McCain to help with the land exchange that was promised in the settlement.

McCain's office suggested transferring 150,000 acres east of Flagstaff to the tribe. The State Department identified 83,000 acres of federal land that would have equivalent value to the state land.

The meeting is expected to draw many outdoor enthusiasts who worry about losing their beloved trails in the exchange.

Hopi Tribe Asks Governments for Help in Land Exchange Efforts Hopi Cultural Center to Reduce Arsenic in Drinking Water Hopi Protest Another Katsina Auction in Paris
By posting comments, you agree to our
AZPM encourages comments, but comments that contain profanity, unrelated information, threats, libel, defamatory statements, obscenities, pornography or that violate the law are not allowed. Comments that promote commercial products or services are not allowed. Comments in violation of this policy will be removed. Continued posting of comments that violate this policy will result in the commenter being banned from the site.