The classes, held by ADOT in Mexico, have proven to save time and money at the border. by Nancy Montoya TWEET SHARE 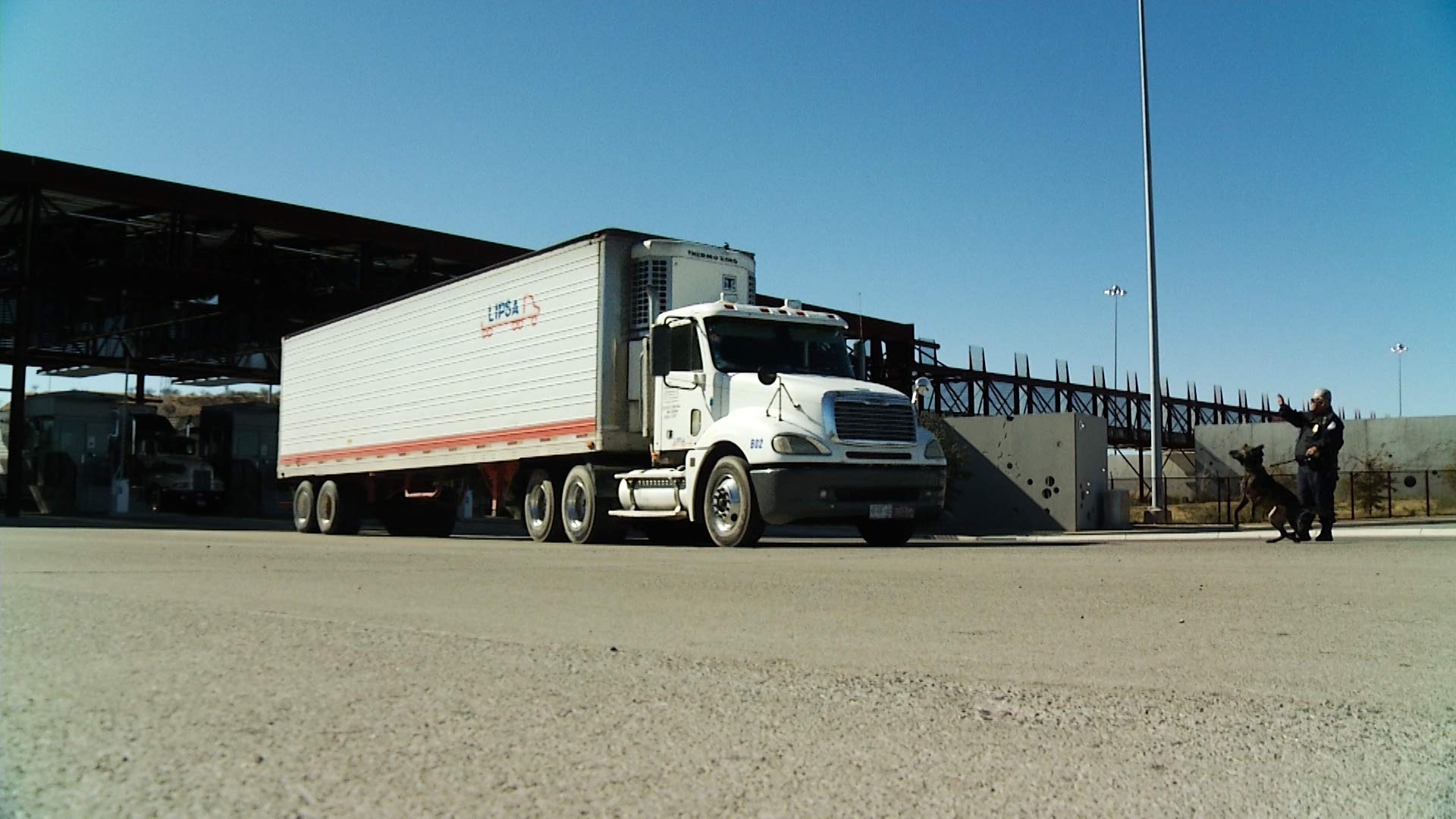 A dog inspects a truck crossing the U.S.-Mexico border at the Mariposa Port of Entry.
AZPM Staff
LISTEN

Arizona transportation officials say training classes for Mexican truckers have been so successful that they're planning twice as many sessions in 2018 as there were in 2017.

Mexican truckers crossing into Arizona carry produce, goods and supplies targeted for U.S. markets. If their trucks don't meet U.S. safety standards, they, and the shipments they carry, are turned away at the border. That impacts Arizona businesses and consumers.

Martha Rascon Overpeck, the head of the new Safe Border Trucking Association, said that at first Mexican truckers saw the classes as unnecessary. That has changed.

"Both mechanics and drivers, they take advantage of these two-day training courses. The ones that have been working in this industry for a long, long time, at the end of the training session they have stated that they have learned something new."

But Arizona transportation officials say it's not just about learning something new. It is also about keeping Mexican trucks safe on U.S. roads.

ADOT Conducts First Industry-Requested Training for Mexican Truckers ADOT Dogs Sniffing Out Crime at Arizona's Interstate Borders Spring Break in Rocky Point? The Road There Should be Safer
By posting comments, you agree to our
AZPM encourages comments, but comments that contain profanity, unrelated information, threats, libel, defamatory statements, obscenities, pornography or that violate the law are not allowed. Comments that promote commercial products or services are not allowed. Comments in violation of this policy will be removed. Continued posting of comments that violate this policy will result in the commenter being banned from the site.