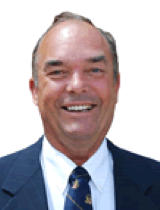 Mesnard, also a Republican, said he would seek to have Shooter formally censured by the full House. In addition, he wants to launch a formal House human resources department and ban drinking on House property.

In the weeks after the allegation by Republican Rep. Michele Ugenti-Rita in October, the then-publisher of the Arizona Republic newspaper and a number of other women said Shooter subjected them to inappropriate sexual comments or actions.

The investigation substantiated some of the allegations.

"There is credible evidence Rep. Shooter has violated [House policy] and by his repeated pervasive conduct has created a hostile work environment for his colleagues and those with business before the Legislature," the report commissioned by Mesnard and written by an outside law firm concluded.

Shooter has denied sexual harassment but acknowledged he had made "jarring, insensitive and demeaning" comments. He asked for the investigation after Ugenti-Rita accused him of propositioning her.

In a statement, Shooter said he was reviewing the report and thanked the investigators and his colleagues for their professionalism.

"This has been a humbling and eye-opening experience for me," Shooter said. "I look forward to working to repair relationships and serving my constituents and our great State."

The same day Mesnard announced the investigation, then-Arizona Republic Publisher Mi-Ai Parrish wrote in a column online that Shooter told her during a 2016 meeting in his office that he had done everything on his "bucket list," except for "those Asian twins in Mexico." Parrish is Asian-American.

Other lawmakers, entertainment figures, businesspeople and media leaders have been accused of sexual harassment and other misconduct in the wake of allegations against Hollywood mogul Harvey Weinstein. Lawmakers facing such complaints in other states have stepped down, been removed from assignments or otherwise disciplined.

Shooter wielded considerable power as head of the House Appropriations Committee before Mesnard removed him from that role in November. He was known around the Capitol as a politically incorrect jokester who threw booze-laden parties in his office on the last day of legislative sessions. The ban on drinking appears to have been prompted by his behavior.

Top Judge: Arizona Courts Step Up Efforts Against Sexual Harassment Ex-Lawmaker Expelled for Misconduct Open to Serving Again Ruling: No Right to Not be Called 'Alleged Victim'
By posting comments, you agree to our
AZPM encourages comments, but comments that contain profanity, unrelated information, threats, libel, defamatory statements, obscenities, pornography or that violate the law are not allowed. Comments that promote commercial products or services are not allowed. Comments in violation of this policy will be removed. Continued posting of comments that violate this policy will result in the commenter being banned from the site.