Party-line agendas are complicating efforts to meet the deadline at the end of this week. by Holliday Moore, KJZZ TWEET SHARE 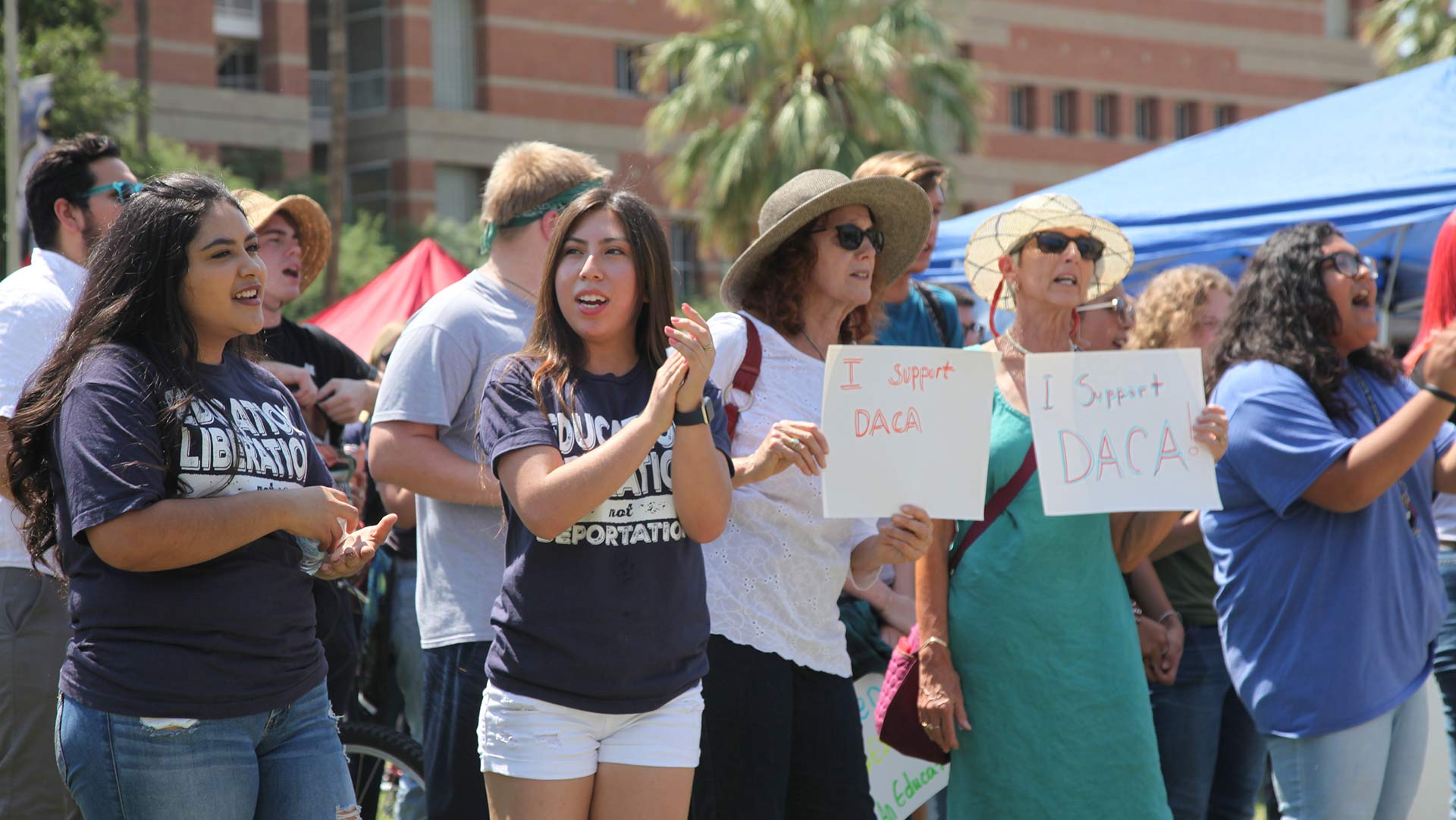 "Dreamers" are caught in the middle of a congressional push to pass a budget or face a federal government shutdown on Friday.

Efforts to meet the end-of-the-week budget deadline are already fraught with party-line agendas.

Key for Republicans is a long-term spending package, which needs bipartisan support to pass, while Democrats are focusing hard on immigration, health care and elderly issues.

Meanwhile, U.S. Sen. Jeff Flake said Republican leadership and the White House are working with him toward a solution on the Deferred Action for Childhood Arrivals.

"With DACA, I'm not interested in making a statement about it. We need a bill that can pass," Flake said. "You know, these kids are going to be timed out pretty soon."

But, tensions are up after Trump blasted Democrat leadership in a social media post last week, triggering the Democrats to cancel negotiations for the time being with the President.

This story originally aired on KJZZ

Congressional Group Introduces Proposal for Permanent DACA Legislation Arizona Sen. Flake Promised Chance To Bring DACA Bill To Senate Floor The Biggest Higher Education Stories of 2017 - And What to Watch for in 2018
By posting comments, you agree to our
AZPM encourages comments, but comments that contain profanity, unrelated information, threats, libel, defamatory statements, obscenities, pornography or that violate the law are not allowed. Comments that promote commercial products or services are not allowed. Comments in violation of this policy will be removed. Continued posting of comments that violate this policy will result in the commenter being banned from the site.