But federal government has control over travel routes for the material. by Laurel Morales, Fronteras Desk TWEET SHARE 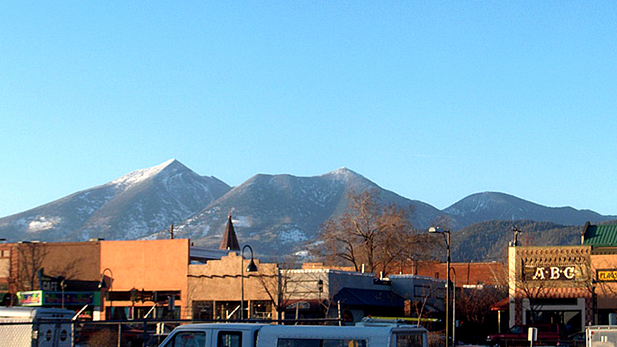 The Flagstaff City Council passed a resolution against the transportation of uranium ore through the city and neighboring communities this week.

The resolution is symbolic and will have no control over the route the trucks will take. Only the federal government has that authority.

Flagstaff Mayor Coral Evans quoted Martin Luther King when she told the council they have seen several laws change because the people have determined them to be “out of harmony with moral law.”

The council voted 6-1 to make Flagstaff a “nuclear free zone.” Scott Overton voted against the resolution.

Community members asked the council to take the resolution to the next level and pass a legally binding ordinance to stop the transportation of uranium ore through Flagstaff.

Arizona Reps Want Assurances on Uranium Mining Ban Near Grand Canyon What Lifting a Uranium Mining Ban Could Mean for Northern Arizona Letter Warning Flagstaff Residents of Deportation False, Officials Say
By posting comments, you agree to our
AZPM encourages comments, but comments that contain profanity, unrelated information, threats, libel, defamatory statements, obscenities, pornography or that violate the law are not allowed. Comments that promote commercial products or services are not allowed. Comments in violation of this policy will be removed. Continued posting of comments that violate this policy will result in the commenter being banned from the site.