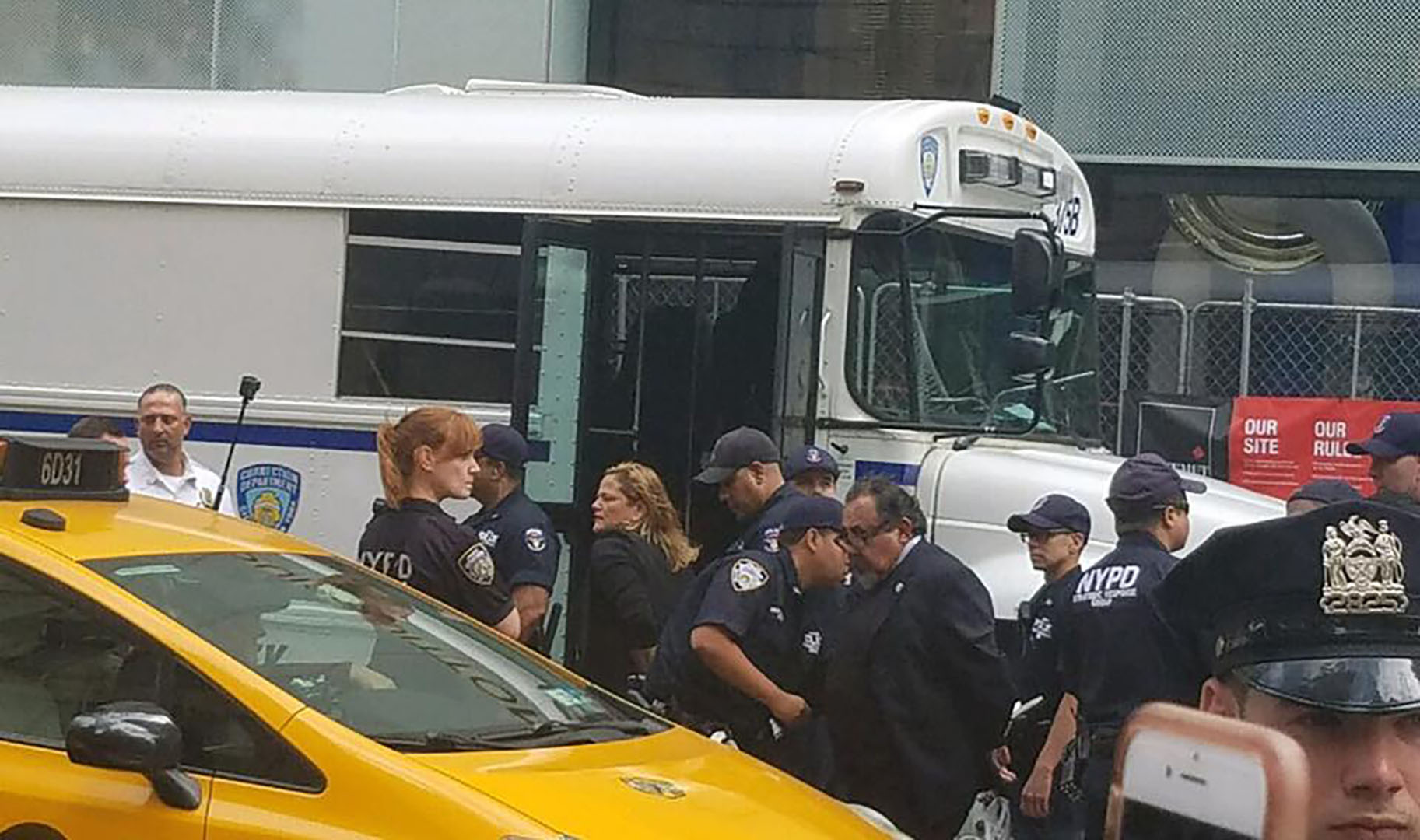 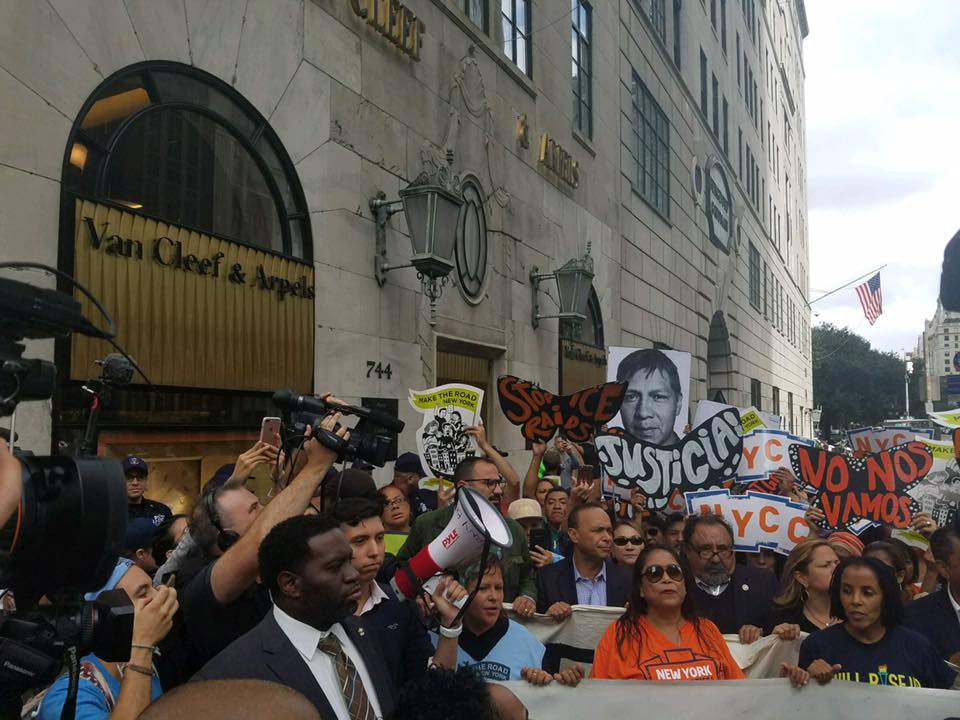 VIEW LARGER A protest outside of Trump Tower in New York City, Sept. 19, 2017 over the "criminalization" of the immigrant community.
Courtesy U.S. Rep. Raúl Grijalva via Facebook

Grijalva’s office said they were protesting against what they called President Trump’s “criminalization” of the immigrant community. The Arizona Democrat is co-chairman of the liberal arm of the Democratic party in Congress.

Grijalva's Facebook account posted pictures showing Grijalva sitting on the street outside Trump Tower, along with dozens of other protesters. Pictures showed Grijalva being handcuffed and led onto a police bus.

Grijalva’s office says the congressman is expected to be released in two to three hours and he will hold a telephone conference call with the media later this afternoon.

Also arrested were members of Congress from New York and Illinois, and the speaker of the New York City Council.

The president recently ordered the phase-out of the Deferred Action for Childhood Arrivals program, which allowed about 800,000 people brought to the U.S. as children to stay without being deported.

$48K to Settle Accusations Against Rep. Grijalva Episode 145: Grijalva and McSally Weigh in on Health Care, NAFTA On Health Care, Crowd Asks Grijalva: 'What can we do?'
By posting comments, you agree to our
AZPM encourages comments, but comments that contain profanity, unrelated information, threats, libel, defamatory statements, obscenities, pornography or that violate the law are not allowed. Comments that promote commercial products or services are not allowed. Comments in violation of this policy will be removed. Continued posting of comments that violate this policy will result in the commenter being banned from the site.