The period after the ban went into effect netted 700+ warnings for drivers in unincorporated areas. by Andrea Kelly TWEET SHARE 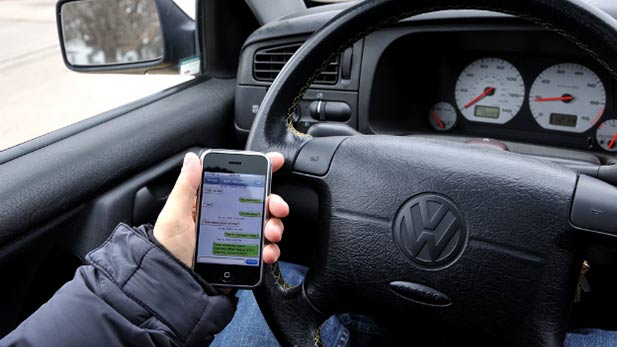 Using a cell phone while driving is now illegal in Tucson.
LISTEN

The Pima County Sheriff’s Department is now enforcing a ban on using cellphones and other devices while behind the wheel, unless a driver has a hands-free device.

The county Board of Supervisors approved the ordinance in May. It became effective in June, but sheriff’s deputies have been giving drivers warnings.

During the phase-in period, deputies issued 747 warnings to drivers caught using a handheld electronic device without a hands-free function enabled.

Now that a 60-day grace period is over, more drivers will be cited.

A similar ordinance is already in place in Oro Valley.

Tucson has another hands-free ordinance, but in the city it's a secondary offense, which means you have to be pulled over for something else, like expired tags or speeding, before you could be cited for driving while using a cell phone.

Researcher Looks at Impact of Smartphones on Romantic Relationships Bill Aims to Create Statewide Ban on Texting While Driving Texting While Driving Could Become Primary Offense in Tucson
By posting comments, you agree to our
AZPM encourages comments, but comments that contain profanity, unrelated information, threats, libel, defamatory statements, obscenities, pornography or that violate the law are not allowed. Comments that promote commercial products or services are not allowed. Comments in violation of this policy will be removed. Continued posting of comments that violate this policy will result in the commenter being banned from the site.