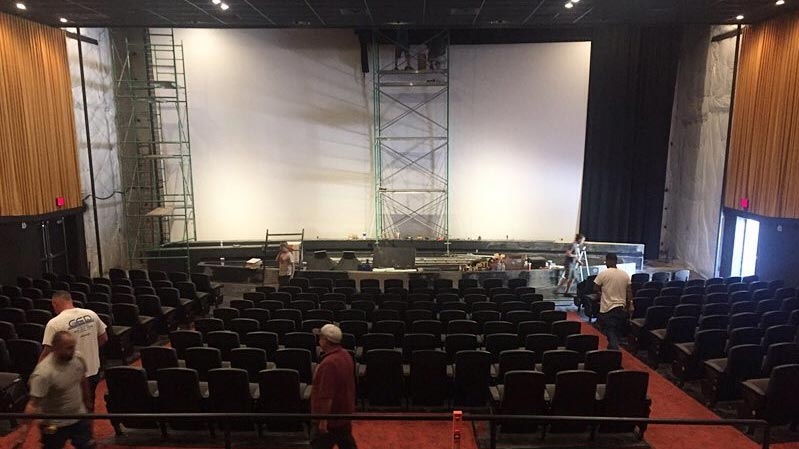 The Loft Cinema posted this image on their Facebook page Jul 13 announcing renovation of the main theater was nearing completion.
The Loft Cinema via Facebook

If you grew up in Tucson, you might have first walked into The Loft's “Theater 1” for a midnight screening of Rocky Horror Picture show. The auditorium has long been known for its huge screen, which runs independent films.

It’s also known for its creaky old seats. That’s about to change.

Theater 1 reopens this week with brand new seating — described on the Loft’s website as “comfortable” — and a new layout that means even if you end up behind the tallest person in the house, you might still be able to see the screen.

The Loft closed its flagship theater in May and has been operating out of its two smaller auditoriums and at pop up screenings around town.

Dunkirk, shown in 70 mm, will be the inaugural film in the renovated theater, on Thursday at 7 p.m.

Outdoor Film Series Moves to Tucson Museum of Art Project Would Give Native Americans Voice in Films about Them 'The Interview' to Open at Tucson's The Loft Christmas Day
By posting comments, you agree to our
AZPM encourages comments, but comments that contain profanity, unrelated information, threats, libel, defamatory statements, obscenities, pornography or that violate the law are not allowed. Comments that promote commercial products or services are not allowed. Comments in violation of this policy will be removed. Continued posting of comments that violate this policy will result in the commenter being banned from the site.