LGBTQ Group to Push for New Leadership in 'Changing' Arizona

The Human Rights Campaign will be hiring staff in Arizona ahead of the 2018 election. by Vanessa Barchfield TWEET SHARE 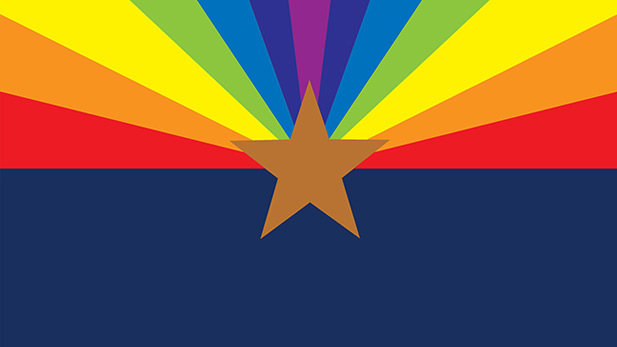 The Human Rights Campaign, one of the nation's largest LGBTQ advocacy organizations, will be pumping $26 million into races across the country and will make an especially strong push in six states, including Arizona.

She said the idea is to capitalize on those changes to get new leaders into office.

"We would like to see somebody in the Senate seat who is fully pro-equality, and we don’t currently have that."

That Senate seat is now occupied by Jeff Flake, who’s running for re-election next year.

HRC also has its sights on Ohio, Pennsylvania, Michigan, Wisconsin and Nevada.

Winterhof said the group will be hiring staff locally to organize its members and allies ahead of the 2018 election.

Gorsuch Pleads 5th to Lighthearted Questions from Flake Tucson, 2 Other Arizona Cities 'Perfect' on LGBTQ Inclusivity Ducey sends National Guard to the border
By posting comments, you agree to our
AZPM encourages comments, but comments that contain profanity, unrelated information, threats, libel, defamatory statements, obscenities, pornography or that violate the law are not allowed. Comments that promote commercial products or services are not allowed. Comments in violation of this policy will be removed. Continued posting of comments that violate this policy will result in the commenter being banned from the site.