Flames were fanned by a storm system moving into the area, causing rapid growth on Sunday by Zachary Ziegler TWEET SHARE 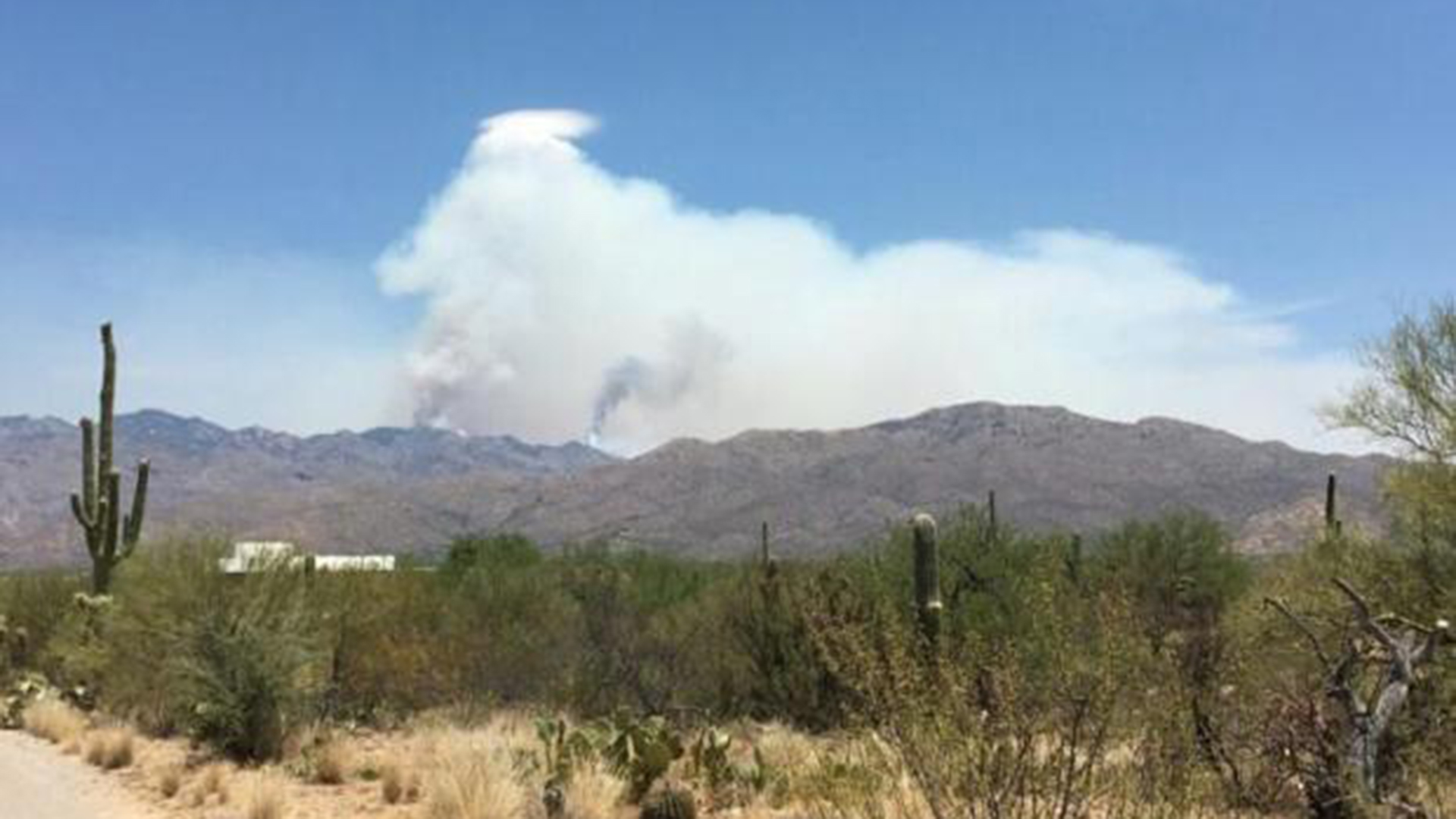 The Burro Fire started on Friday near Burro Tank in the foothills of Redington Pass.
Burro Fire Incident Management Team

An evacuation notice has been issued for campers and residents of Mount Lemmon due to the Burro Fire.

The fire started near Redington Pass, and has spread toward Mount Lemmon Highway and recreation sites in the area.

“Because the fire in one area is about a mile from the highway, we wanted to make sure that residents have enough time to evacuate without the fear of that highway being compromised,” said fire management team spokesperson Arlene Perea.

The fire burned thousands of acres Sunday due to weather conditions.

“We had a really big acreage jump [Sunday-to-Monday]," Perea said. "We had some thunderstorms move in and push the fire in every direction. A lot of the movement was to the north and the northwest.”

Public safety officials have closed Redington Pass Road and Catalina Highway. Property owners and evacuees will not be allowed to travel back up Mount Lemmon Highway until it is deemed safe and the evacuation order has been lifted.

She said crews will spend Monday preparing cutting line away from the fire, and acreage reports will most likely grow as the fire spreads towards the lines they are working to establish.

Mount Lemmon Highway Reopens Burro Fire Grows, Helped by Rugged Terrain, Weather 2017 Sees Hottest June on Record in Tucson
By posting comments, you agree to our
AZPM encourages comments, but comments that contain profanity, unrelated information, threats, libel, defamatory statements, obscenities, pornography or that violate the law are not allowed. Comments that promote commercial products or services are not allowed. Comments in violation of this policy will be removed. Continued posting of comments that violate this policy will result in the commenter being banned from the site.