Watershed work aims for increased flows and health of the undammed river. by Zachary Ziegler Tweet 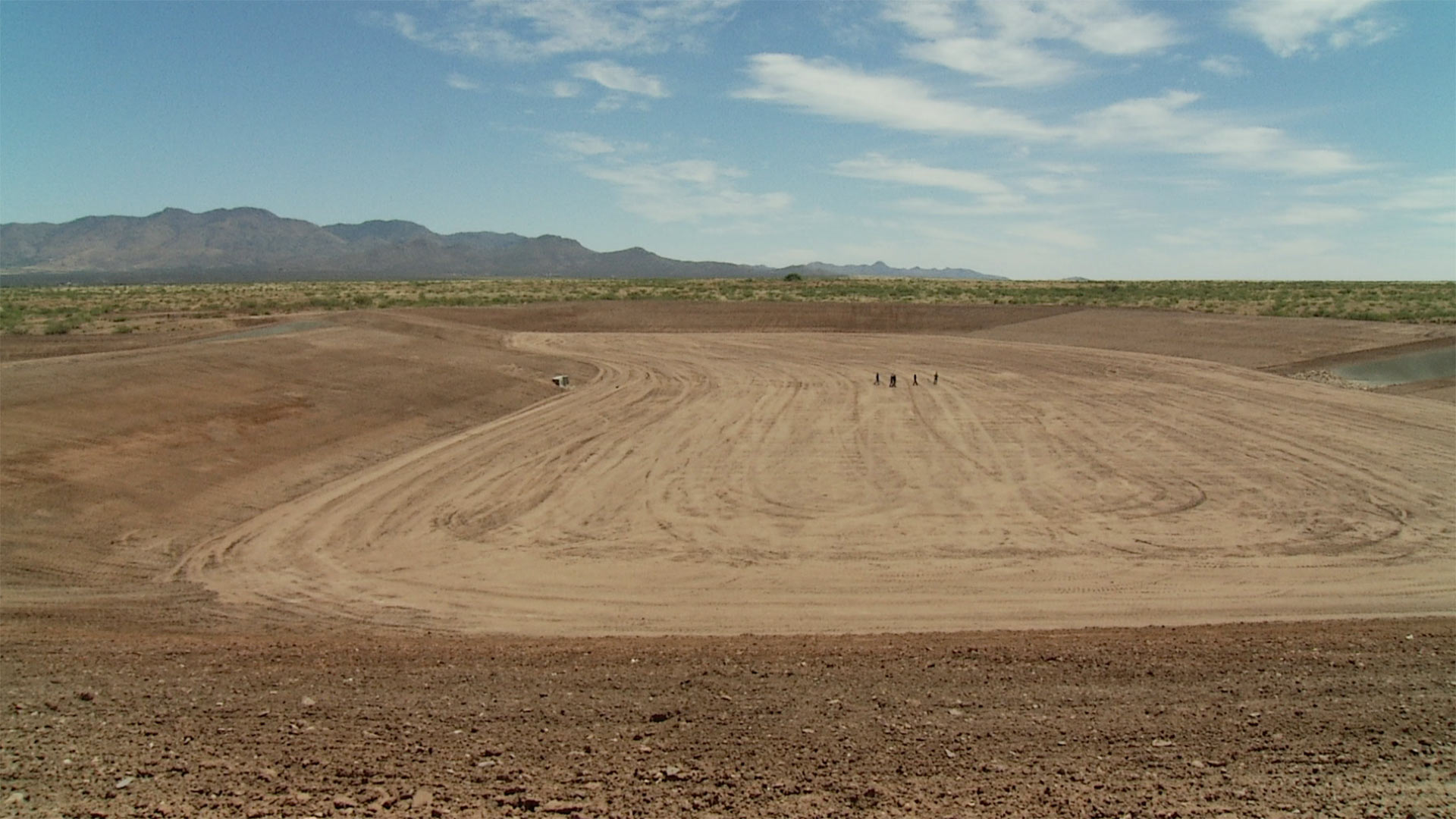 The Horseshoe Draw Project sits on 38 acres. The bottom of the basin takes up nine acres and sits 22 feet below ground level. 263,000 cubic yards of dirt were removed to create the project.

It’s a warm, sunny day in Cochise County, and a crowd has assembled on the Ladd family's ranch west of Naco along the Arizona-Mexico border.

About 100 people showed up to the event. They include locals, state officials and environmentalists. All are here to see a large project that is designed to help the San Pedro River and local aquifers.

Cochise County Supervisor Pat Call starts the event with a request that is not heard at a typical ribbon cutting. 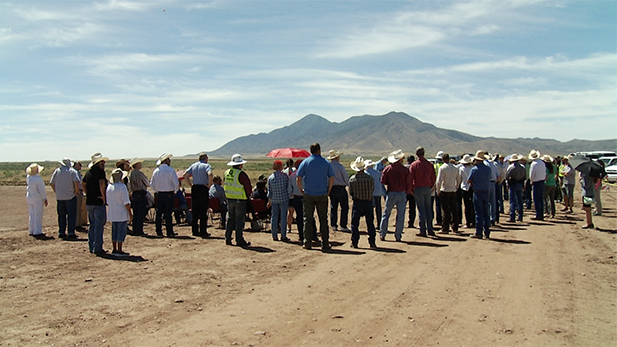 “This is a working ranch, so if the gate’s closed, close it when you go through it," he said. "If it's open leave it open. We do have cattle around here, and they know when the gates are open.”

This part of the Ladd's ranch is where a small stream called Horseshoe Draw passes into the U.S. from Mexico before draining into the San Pedro River to the west.

“It’s coming off the San Jose Mountains in Mexico, and it drains 9,000 acres," said rancher John Ladd. "This is the main tributary for that drainage, and it goes into the San Pedro.”

The drainage washed out berms and caused narrow channels to cut through Ladd’s land.

The project is meant to control problems caused by the drainage both on the land and downstream in the San Pedro River, a protected waterway that is said to be one of the last undammed rivers in the region.

“This was designed originally to control erosion and sediment and E. coli making it down to the river,” said Supervisor Call."

E. coli is killed if exposed to enough sunlight, but the narrow channels on Ladd’s land prevented that.

As a result, several agencies and nonprofits came together to turn the narrow channels into a 9-acre basin.

The project’s footprint is 38 acres, most of which is sloping sides that put the basin 22 feet below ground level.

The goal is to slow flowing water down in a big, open space where it will get plenty of E. coli-killing sun. 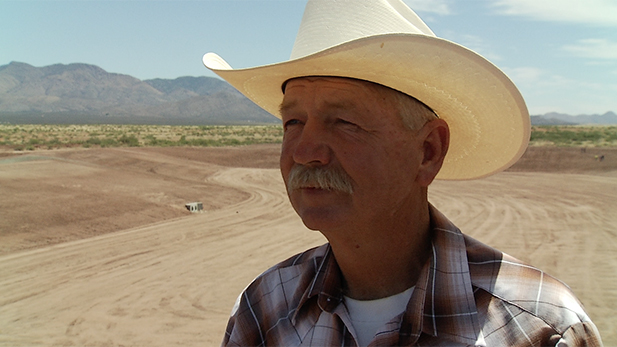 “The side benefit is it's going to stop the flood erosion, and then it's going to recharge the aquifer going into the river,” said Ladd.

Among the nonprofits working on the Horseshoe Draw project is the Nature Conservancy. The group has been involved in conservation efforts on the San Pedro for more than 50 years.

“It’s watershed health, it’s river health, it's one and the same," said the group's Brooke Bushman, "Different types of projects to deal with different land uses, but all about river health.”

This is the second of six projects planned by the group along the San Pedro.

A few miles to the northwest, in the community of Palominas, the Nature Conservancy was part of a project that built a series of concrete and rock berms that slow water as it heads to the San Pedro from the Huachuca Mountains.

That project was the group's first attempt to answer a question.

“How can we build a facility that can take off the volume of water that's created by urbanized areas and get it into the ground?” she said. 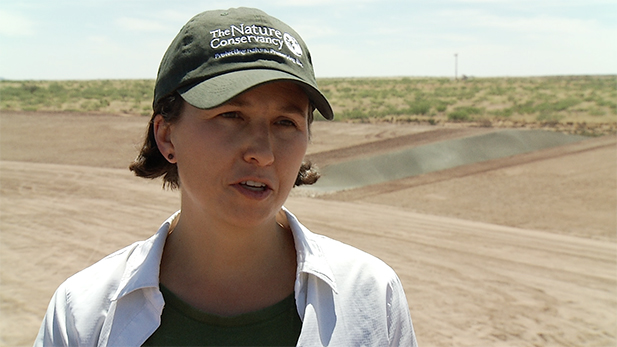 Water has less of a chance of sinking into the ground when running across developed land as it does when traveling from the Huachucas to the San Pedro.

The Palominas project is designed to allow in the amount of water that would have worked its way into the aquifers that feed the San Pedro – were it not for human interference – to do so.

It is also a trial run on a design they think can help an area upstream, where a tributary that flows through Sierra Vista meets the river.

“Upstream of Sierra Vista we're looking at doing some projects to slow the flow as it’s coming off of a more urbanized landscape.”

The Nature Conservancy thinks that project will ultimately provide greater benefit to the river because it will slow a larger amount of runoff to enter the aquifers that feed the San Pedro year-round instead of causing a single large flood.

Development and the San Pedro Arizona Sides With Developer in Water-Use Dispute San Pedro House Re-Opens to Public
By posting comments, you agree to our
AZPM encourages comments, but comments that contain profanity, unrelated information, threats, libel, defamatory statements, obscenities, pornography or that violate the law are not allowed. Comments that promote commercial products or services are not allowed. Comments in violation of this policy will be removed. Continued posting of comments that violate this policy will result in the commenter being banned from the site.