Limited Housing Inventory, and Space to Grow, Pushes Up Prices in Flagstaff

Long-term lack of homes for sale has lead to unaffordable prices for many residents. by Zachary Ziegler TWEET SHARE 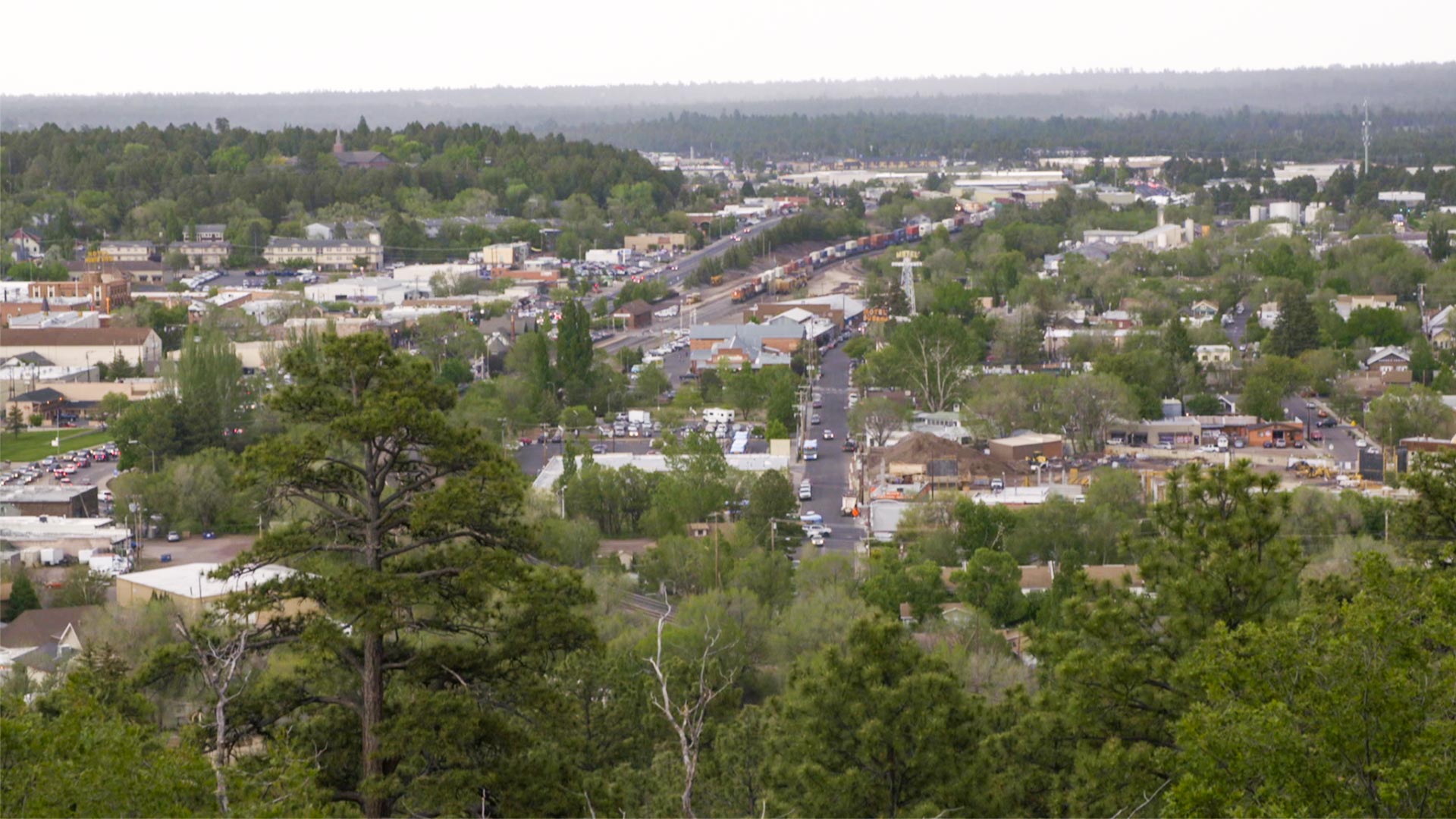 The view from Mars Hill west of Flagstaff.

Kevin Stuart walked around a home that he sold recently, a condominium in a complex known as The Arbors.

“This is a two-bedroom, two-bath condo - 906 square feet. It has a master bedroom this way and another bedroom and bathroom just off the small hallway there."

The condo sold for nearly $210,000, which is not far from what others in the same complex are selling for.

Kevin and his wife Sylvia Stuart are realtors in Flagstaff. They have sold multiple condos in The Arbors. The most common buyers are people from out of town who want a place to house a child attending Northern Arizona University. 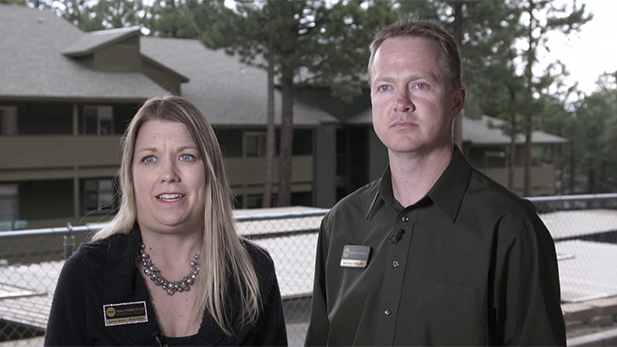 Sylvie and Ken Stuart are realtors in Flagstaff.

The condos sell for more than the median-price house in Tucson. But by Flagstaff standards, they are inexpensive.

The median price in Flagstaff is $364,000, and homes priced below that move quickly.

The aforementioned condo did not make it to listing before a buyer snatched it up.

The high price and fast pace of the Flagstaff market is due to a lack of homes for sale, a problem that is familiar to Tucsonans.

A major difference is that Tucson has the opportunity to build its way out of the problem, though homebuilders have said they lack the workforce to do so.

Building more homes is not as easy in Flagstaff. The city is for the most part landlocked, hemmed in by national forest and other land owned by the federal or state governments.

Another problem is that many of the homes that already exist are not lived in by Flagstaff citizens.

“Twenty-four percent of our houses are second homes," said John Stigmon, president of the Economic Collaborative of Northern Arizona. "That has an effect. It’s been going on for quite some time. But now we’re really starting to hit a critical mass.”

A high number of houses in the hands of non-residents means the market can outpace what locals can afford.

The problem puts the services offered by nonprofits such as Housing Solutions of Northern Arizona in demand.

“We hear from folks daily," said the group's Devonna McLaughlin. "They come into our office, they call. They’re desperate. They need housing that’s affordable and decent, and haven’t found anything on the market.” 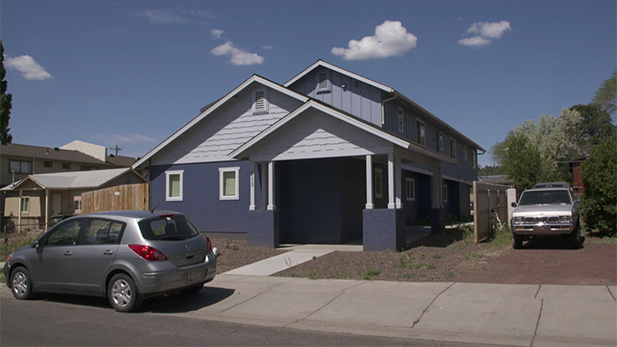 A triplex built by Housing Solutions of Northern Arizona. The group rents the homes to people who would struggle to afford a place to live in Flagstaff.

The lack of housing has caused an issue for the town's workforce.

The Economic Collaborative of Northern Arizona recently surveyed 6,000 workers in Flagstaff and found that many people leave town due to the problem.

“If you’ve been here for about two years and haven’t found the type of housing that you’re looking for, that fits your needs, then you’ll probably leave the community,” said the collaborative's Stigmon.

“I went to college here, and there’s a lot of folks who would’ve liked to stay. But they can’t and they don’t, and we’re becoming more of a transient community because folks can’t stay here,” she said.

She and others said those people often leave for other cities, including Tucson. And while they may find the same problem of low inventory, the homes elsewhere are still affordable.

AG: Sedona Violating State Law by Requiring Business License Northern Arizona Faces Surge of People Without Homes Flagstaff Passes Resolution Against Uranium Hauling
By posting comments, you agree to our
AZPM encourages comments, but comments that contain profanity, unrelated information, threats, libel, defamatory statements, obscenities, pornography or that violate the law are not allowed. Comments that promote commercial products or services are not allowed. Comments in violation of this policy will be removed. Continued posting of comments that violate this policy will result in the commenter being banned from the site.