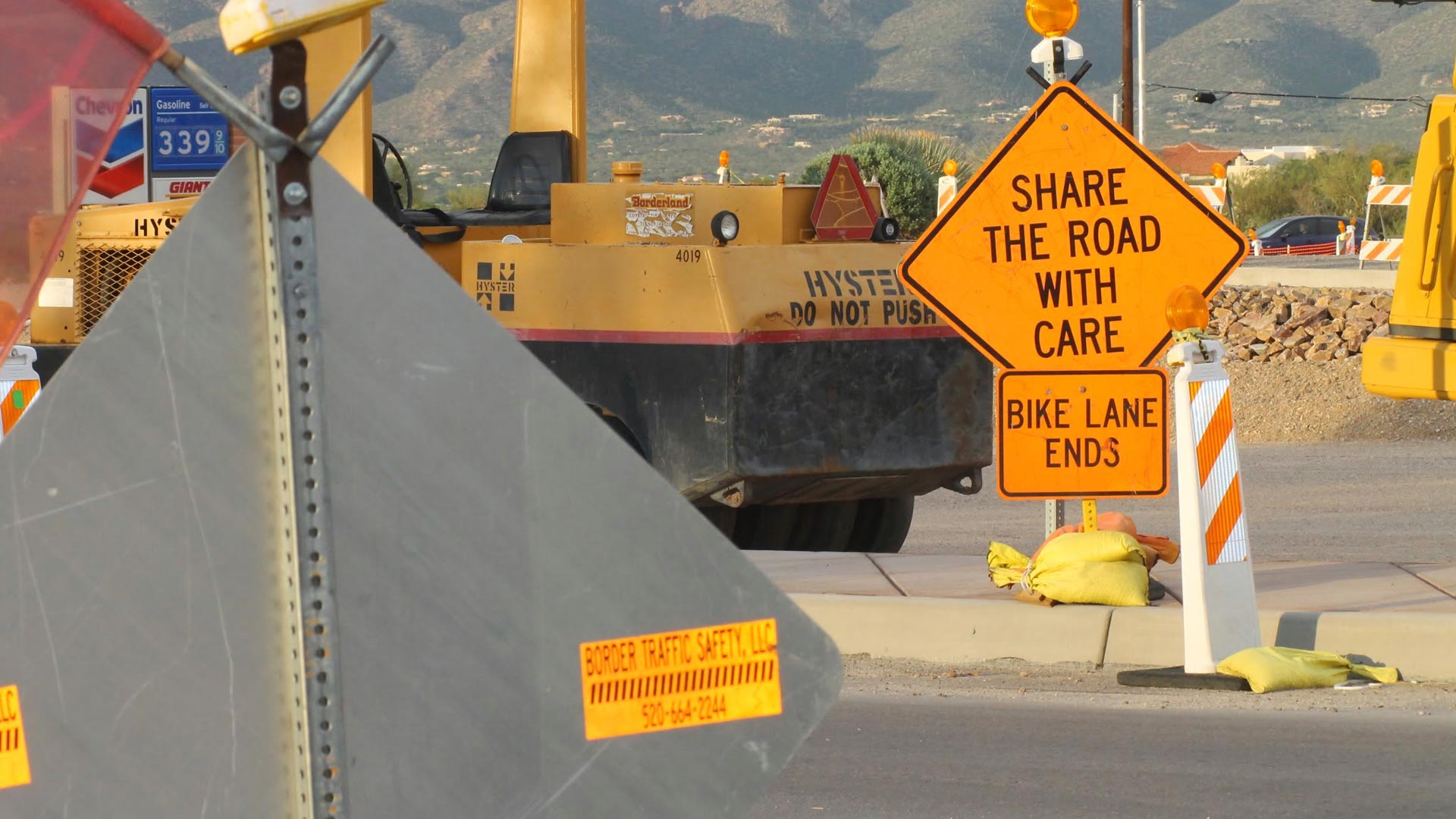 Work to widen a stretch of Grant Road between Stone and Park avenues is underway, and while construction vehicles are working along the road's south side, the project's effect on traffic has been minimal.

A transportation official said he thinks those conditions will continue for the length of the project.

“We’re reconstructing the south side mainly off of the current roadway, so there’s minimal impact to the traveling public," said Tucson Department of Transportation's Mike Graham. "They’ll shift the traffic onto the newly constructed roadway, and then crews will begin reconstructing the north side of Grant Road.”

Traffic will continue along the existing portion of Grant Road for six to eight months, and will be on the new stretch of road for a similar timeframe.

He said the impacts include occasional lane restrictions and closing of smaller intersections along Grant Road.

Survey work and planning is underway for Phase III and Phase IV, which will widen Grant between Alvernon Way and Swan Road. Graham said construction on those projects are about five years away.

Current Phase of Grant Road Improvements Nearing Completion $100M Road Repair Plan Floated for Pima County Tucson Releases Updated Design to Widen Broadway
By posting comments, you agree to our
AZPM encourages comments, but comments that contain profanity, unrelated information, threats, libel, defamatory statements, obscenities, pornography or that violate the law are not allowed. Comments that promote commercial products or services are not allowed. Comments in violation of this policy will be removed. Continued posting of comments that violate this policy will result in the commenter being banned from the site.