× CORONAVIRUS: The latest coverage and local resources regarding COVID-19 from the Arizona Public Media newsroom.
/ Modified may 16, 2017 4:36 p.m.

How the Border Wall Cuts Across Mexico's Political Landscape

Some say a barrier could put pressure on Mexico's political class to make changes at home. by Lorne Matalon, Fronteras Desk TWEET SHARE 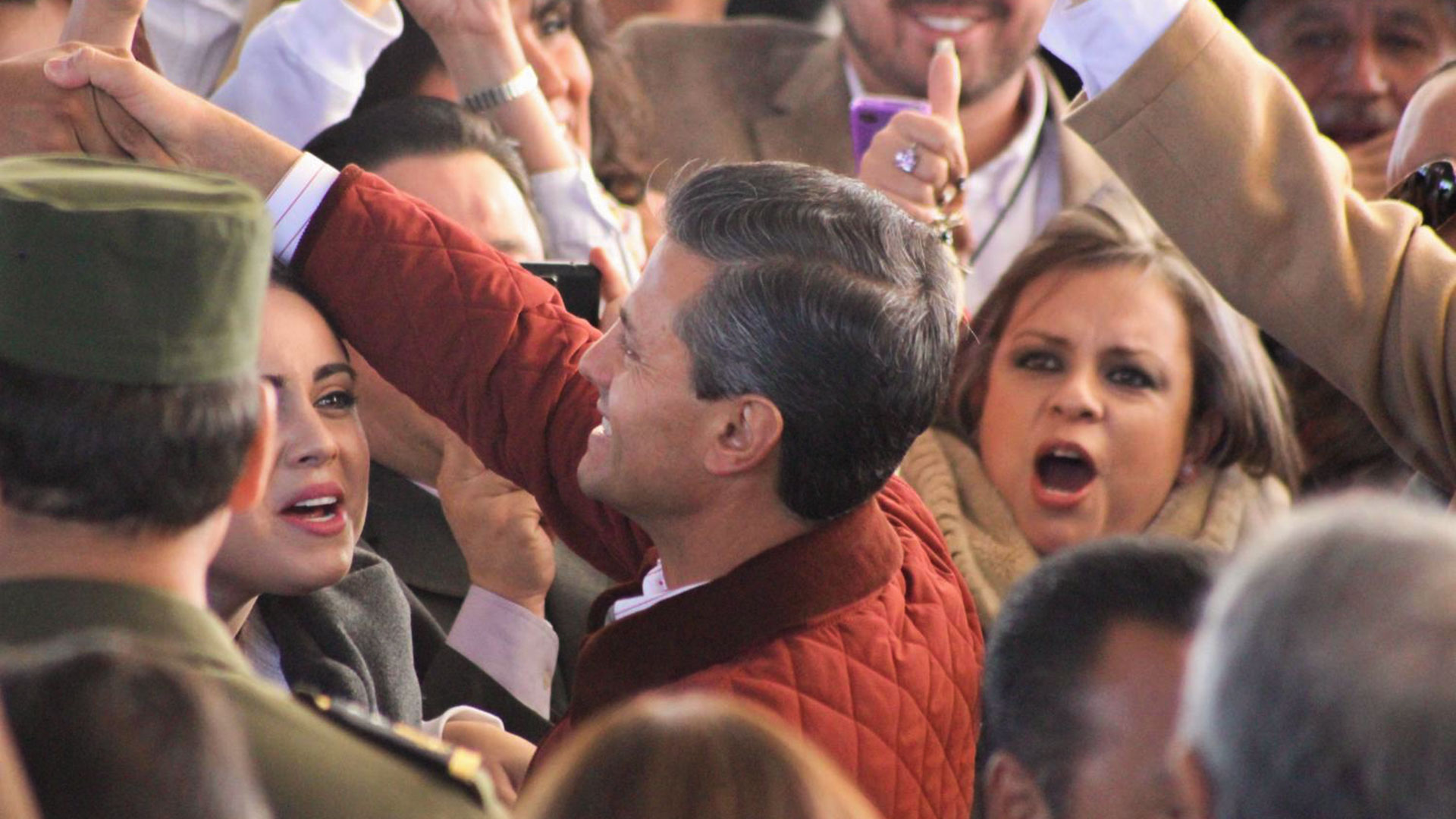 MEXICO CITY - Tightening of the U.S.-Mexican border is sending political and economic shock waves deep into Mexico. Some there say it may force the government to improve conditions at home so there's less motivation to head north.

Patriotism was on display as military drummers signaled a changing of the guard at the office of the Mexican president recently.

To no one's surprise, at least in Mexico City, Donald Trump's election has triggered a rise in Mexican nationalism. The ardent Mexican leftist and twice-defeated presidential candidate Andrés Manuel López Obrador is surging in the polls. He's riding revulsion in Mexico about Trump’s stance on immigration and his push for an expanded border wall.

"I never dreamed in my lifetime of a U.S. president that would be afraid of Mexico, afraid of competition!" Romero Hicks said.

"In the U.S. there's notion that is not correct that we are a security threat. Building a wall is absurd."

Federico Estevez is a political scientist at Mexican university ITAM. He said the idea of an expanded wall — whether with bricks and mortar or cameras and drones — is prompting many in Mexico to demand their country finally reduce its economic dependence on the U.S.

"For too long Mexicans have coddled the illusion that if things were bad enough they could always go north for a new opportunity,” Estevez said. “If you put up the wall, well there's no better symbol that tells you, 'Nope, you're stuck.'"

Estevez added that Mexicans are focused like never before on their government's historical inability to create jobs. That’s a view shared by Esteban Illades, managing editor at current affairs magazine Nexos.

"For too long Mexicans have coddled the illusion that if things were bad enough they could always go north for a new opportunity. If you put up the wall, well there's no better symbol that tells you, 'Nope, you're stuck.'"

"Mexican politicians care less and less about job creation here in Mexico because they do know they can export Mexicans to the U.S. But that has changed," Illades said.

After peaking in 2000, the Pew Research Center said in 2015 that net migration to the U.S. from Mexico was zero. That remains the case today. As many Mexicans enter the U.S. as leave each year. But since Trump started talking about the border, some unauthorized immigrants from Mexico have returned home.

“President [Enrique] Peña Nieto said a few weeks ago that Mexicans were coming because they knew that Mexico was the land of opportunity,” Illades said.

But he is not buying what President Peña Nieto is selling. 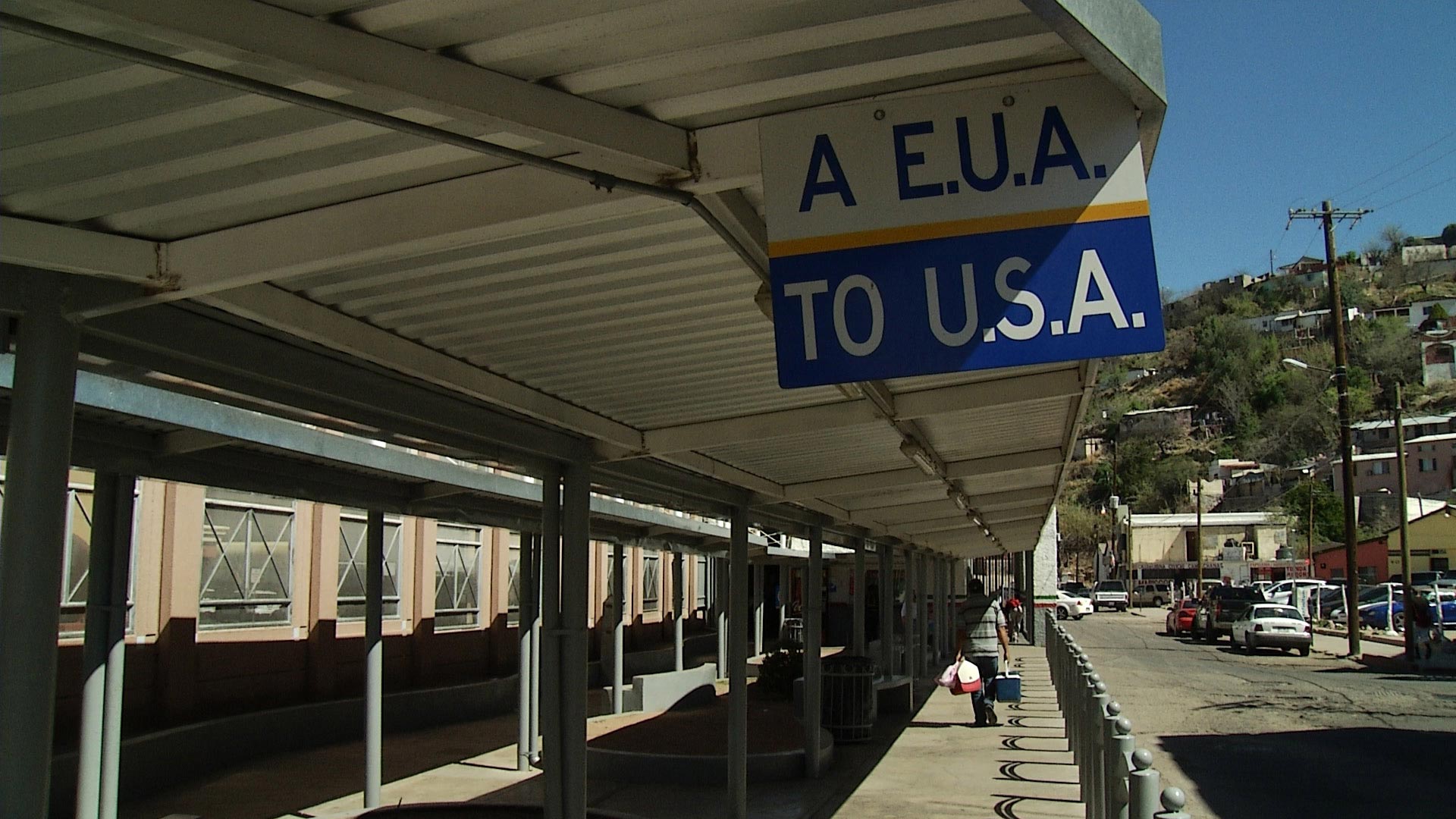 Walking passageway to a port of entry on the U.S.-Mexico border in Nogales.
AZPM Staff

And figures like leftist presidential candidate López Obrador are leveraging that fear. He recently told U.S. audiences that the wall won't stop "the flow of workers," only "make it more dangerous." He also calls an expanded wall a "criminal act."

"You see that Andrés Manuel López Obrador, he has positioned himself as the only candidate that would know how to react to Donald Trump,” Michel said, “and this is having a success because most Mexican voters want to see retaliation."

Though a leftist, López Obrador and Trump are fellow travelers in a sense. Both rail against their neighbor and both want change on the border.

Trump wants it effectively sealed. López Obrador wants the U.S. to reform immigration so that Mexicans can cross legally.

The only questions now are, “Whose vision of the border will become reality? And, “Might uncertainty on the border force the Mexican government to start substantive job creation at home?”

Trump Budget Includes San Luis Border Crossing Rebuild Mexico And Canada: NAFTA Changes Require 3-Nation Effort Former Sonoran Official and His Wife Arrested In Tucson
By posting comments, you agree to our
AZPM encourages comments, but comments that contain profanity, unrelated information, threats, libel, defamatory statements, obscenities, pornography or that violate the law are not allowed. Comments that promote commercial products or services are not allowed. Comments in violation of this policy will be removed. Continued posting of comments that violate this policy will result in the commenter being banned from the site.