Mexico Is the Deadliest Country For Journalists In the Americas 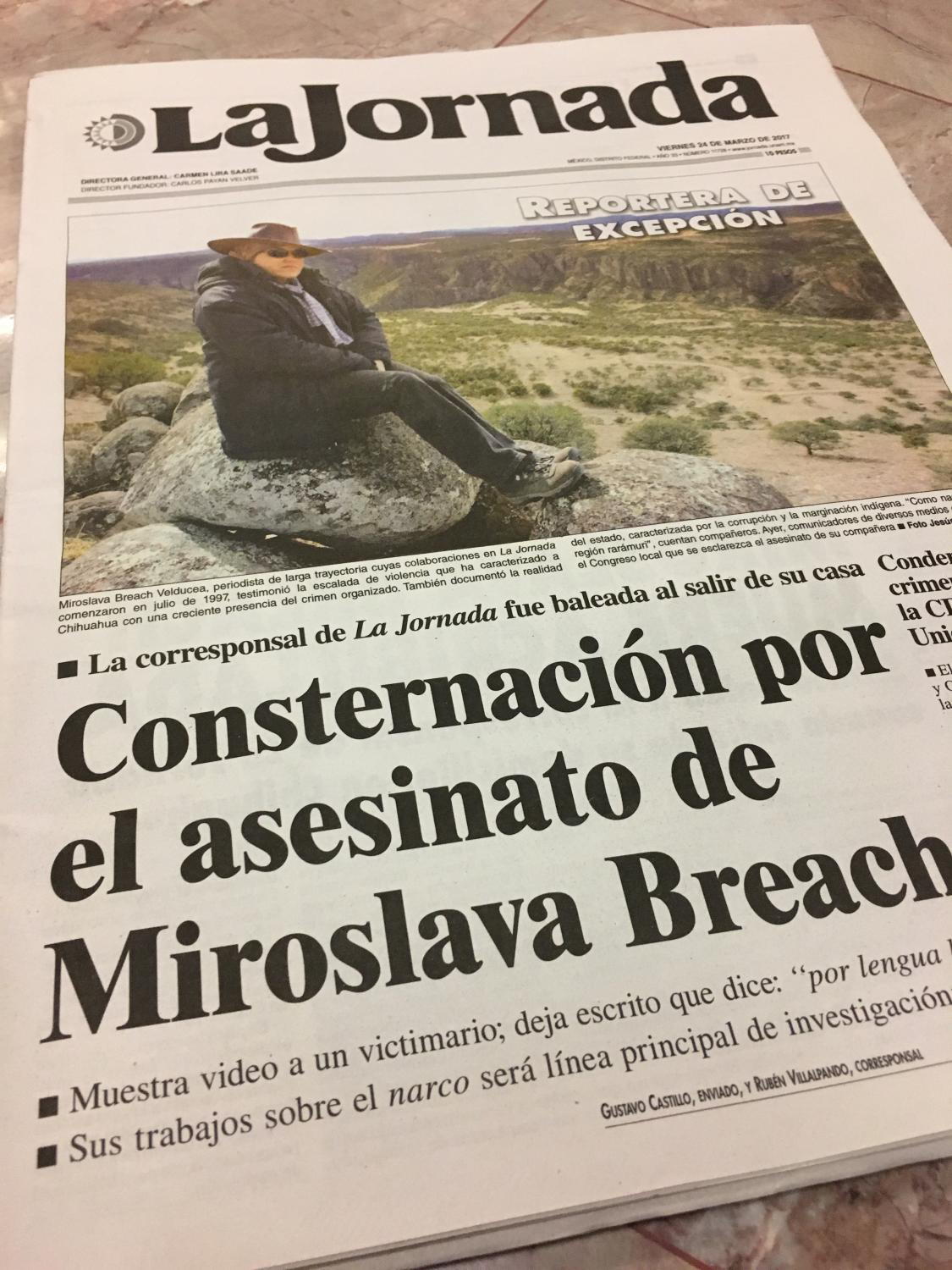 VIEW LARGER Miroslava Breach, a correspondent for the national Mexican newspaper La Jornada, was gunned down outside her home in Mexico's northern state of Chihuahua, authorities said. Breach had written extensively about drug trafficking and corruption in the state.
Jorge Valencia, Fronteras Desk

A new ranking from Reporters Without Borders designates Mexico as one of the most dangerous countries for press freedom, as the country is the deadliest for journalists in the Western Hemisphere.

Mexico ranked 147 of 180 countries in the Reporters Without Borders’ World Freedom Index, released Wednesday. Four journalists have been in killed in Mexico this year, and 10 were killed last year.

Threats and coercion against journalists has led to self-censorship and “black hole of information” in a handful of states where drug traffickers and corrupt local officials have worked together to silence journalists, said Emmanuel Colombie, who heads the Latin America desk for Reporters Without Borders.

"Nobody knows what’s happening there, and there is no access to information," Colombie said. "What happens is that the power of the cartels and the corruption are everywhere, and they control everything."

The United States ranked 43 in the freedom index, dropping two slots from last year’s ranking. Colombie says he’s alarmed that President Trump has called the press an “enemy of the people.”

The world’s safest country for journalists, according to the ranking, was Norway.

Lawyers Working to Free Jailed Mexican Journalist Who Sought Asylum Former Sonoran Official and His Wife Arrested In Tucson The Border's New Boundaries, Part III: Silence from Violence
By posting comments, you agree to our
AZPM encourages comments, but comments that contain profanity, unrelated information, threats, libel, defamatory statements, obscenities, pornography or that violate the law are not allowed. Comments that promote commercial products or services are not allowed. Comments in violation of this policy will be removed. Continued posting of comments that violate this policy will result in the commenter being banned from the site.