A contender for the Arizona governor's seat would first need a lot of money. by Christopher Conover TWEET SHARE 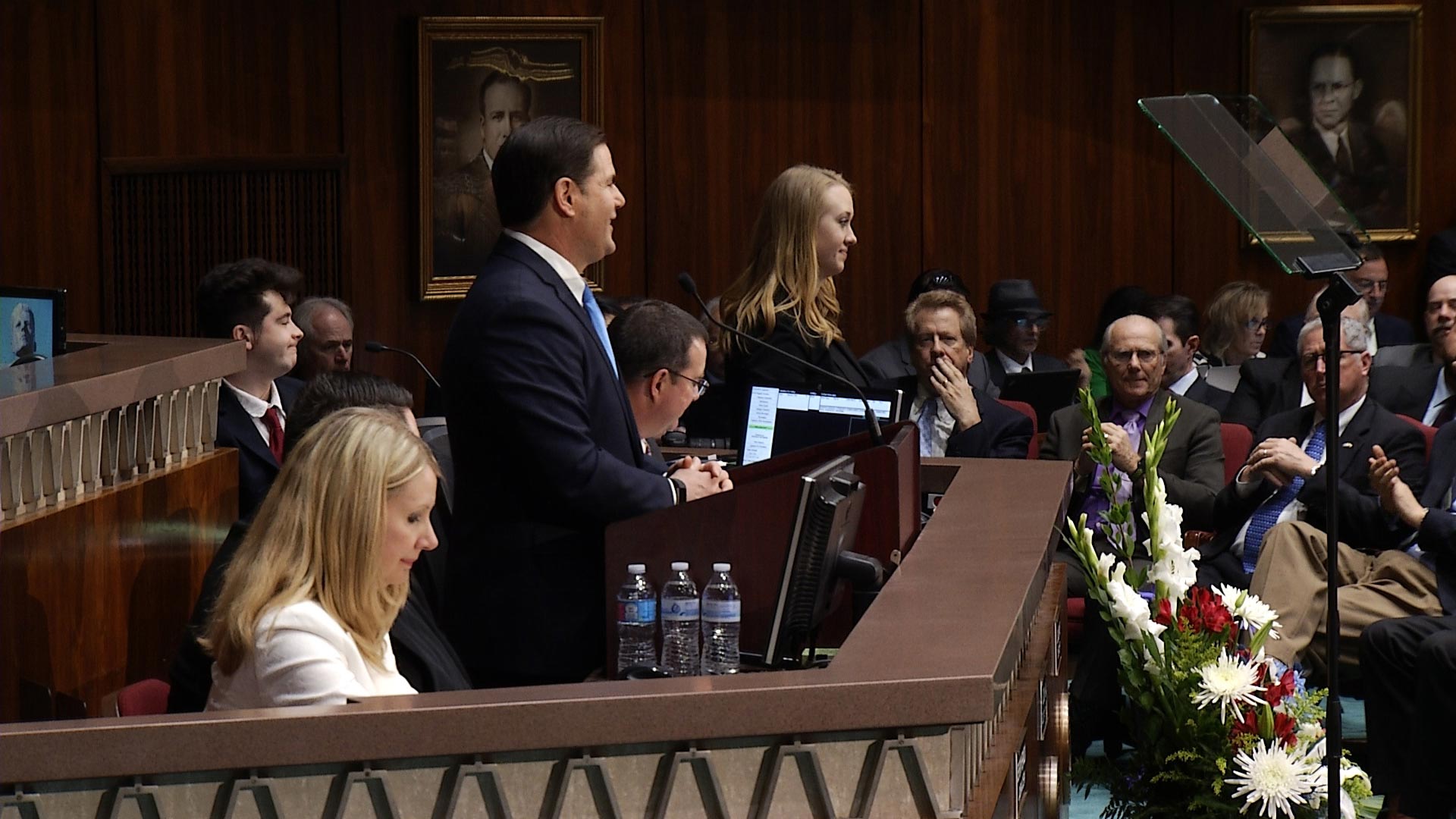 How difficult would it be for a Democrat to unseat Republican Arizona Gov. Doug Ducey in next year’s general election?

“It’s going to be a herculean task, to be candid,” said Phoenix-based Republican strategist Jaime Molera.

To rise to the challenge, he said, a Democrat must first raise a lot of money.

“I would think that, in order to be credible, that they would have to have a minimum - minimum - of $2 million. But if they’re going to be successful, I think that’s going to be more significant - probably $8 to $10 million. That’s the kind of money it’s going to take to unseat a Republican governor,” Molera said.

Hear more from Molera and three Democrats who hope to take on the incumbent governor next year, Friday, April 21 on Arizona Week.

Democrats Prepare to Challenge Ducey for Governor 2018 Congressional Races Already Taking Shape Arizona Democrats Ask For Input on State Budget
By posting comments, you agree to our
AZPM encourages comments, but comments that contain profanity, unrelated information, threats, libel, defamatory statements, obscenities, pornography or that violate the law are not allowed. Comments that promote commercial products or services are not allowed. Comments in violation of this policy will be removed. Continued posting of comments that violate this policy will result in the commenter being banned from the site.