Opening Doors to Housing for Those with Criminal Convictions

People can no longer be turned down from housing simply for having a criminal record. by Vanessa Barchfield TWEET SHARE 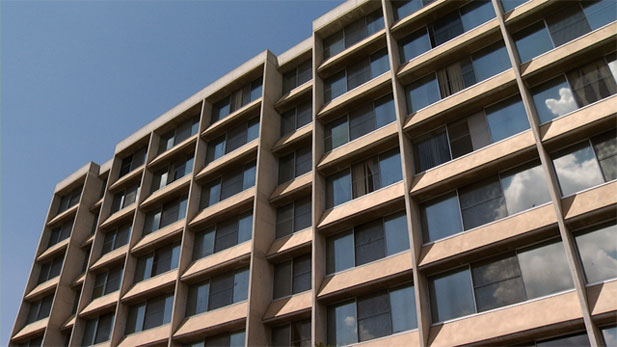 The Armory Park Apartments have occupied a prominent place in downtown Tucson's skyline for 40 years. Residents are now in the process of vacating the aging building and moving into new Section 8 housing located in the Mercado district on West Congress.
AZPM

For people with criminal records, finding a place to live can be a challenge.

The first obstacle comes in the form of a little box on a housing application that you have to check if you have a criminal background.

"And in the past, people would just be denied flat out for that reason," said University of Arizona law professor Joanna Medrano, who is taking part in Pima County-sponsored housing fair aimed at bridging the gap between landlords and those looking for a home.

Medrano said the situation changed in 2016 when the Department of Housing and Urban Development issued new guidelines that said people cannot be banned simply for having a criminal background.

"That doesn’t mean that you have to accept everybody into your housing," she said. "But if you're a landlord or a public housing authority, you have to look into specific factors of, ‘When was it, what have you done in the meantime, what kind of conviction was it?’"

In other words, taking an individual and their circumstances into account, not just the criminal conviction.

Medrano said all of society benefits when people get into stable housing.

"Housing is one of the biggest things to stop recidivism."

Registration is closed, but the event will be streamed on Friday on the Southwest Fair Housing Council's Facebook page.

Mental Health Key to Reducing Pima County Jail Population Pima County Jail Inmates Go Digital, Get Tablet Computers Stories of Success After Prison at the Second Chance Forum
By posting comments, you agree to our
AZPM encourages comments, but comments that contain profanity, unrelated information, threats, libel, defamatory statements, obscenities, pornography or that violate the law are not allowed. Comments that promote commercial products or services are not allowed. Comments in violation of this policy will be removed. Continued posting of comments that violate this policy will result in the commenter being banned from the site.