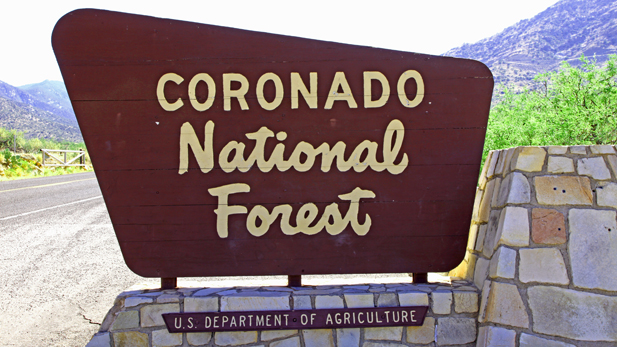 A brush and grass fire burned 50 acres in Molino Basin on the lower part of the road to Mount Lemmon, and crews began mop up Wednesday when the fire stopped advancing, Coronado National Forest officials said.

The fire started Tuesday afternoon from an undetermined cause near the Molino camping and picnic grounds, about 4 1/2 miles up the road to Mount Lemmon, officials said.

The InciWeb website, which tracks all wildfires in the United States, reported the fire in its early hours was pushed by high winds. The winds subsided after nightfall but were expected to pick up again Wednesday.

"Forward progress has stopped this morning (Wednesday), meaning the fire is not growing," Firefighters are continuing to work on mop up and securing the fire.

Wildlands officials warned just last week that a wetter-than-normal winter led to grass and brush growth, with warmer weather expected to dry it out, creating fuel for wildfires. A higher than normal incidence of wildfire was predicted for Southern Arizona this year.

40,000-Acre Wildfire Slows, But More Winds Expected to Drive It Anew Winds Stoke Wildfire; Officials Estimate Up to 20K Acres Search On For Suspect in Mount Lemmon Fire
By posting comments, you agree to our
AZPM encourages comments, but comments that contain profanity, unrelated information, threats, libel, defamatory statements, obscenities, pornography or that violate the law are not allowed. Comments that promote commercial products or services are not allowed. Comments in violation of this policy will be removed. Continued posting of comments that violate this policy will result in the commenter being banned from the site.