Does Explosive Beetle Have Most Interesting Genome? 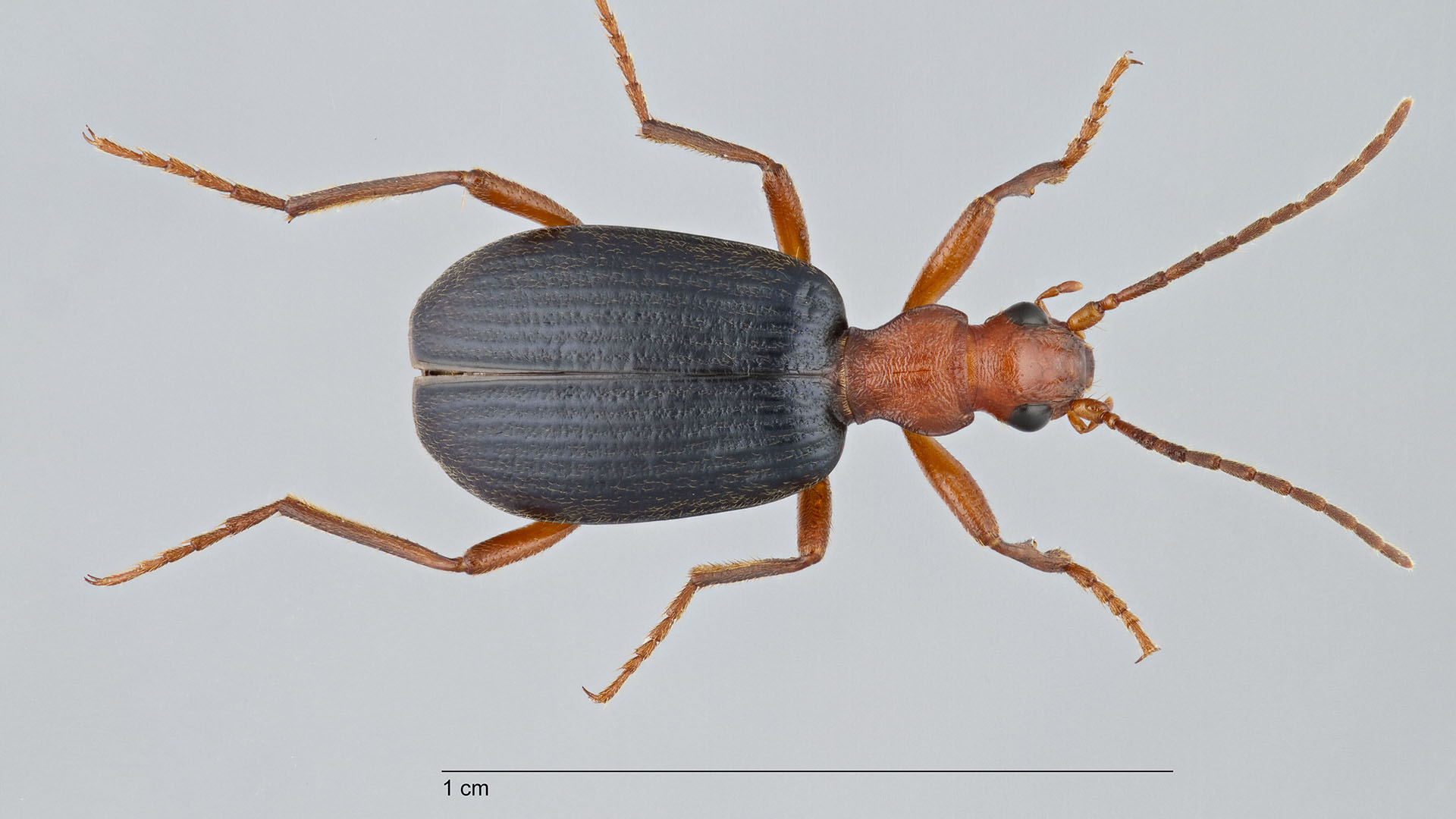 A Sonoran Desert insect with a toxic defense mechanism is a candidate for having the world’s most interesting genome. A University of Arizona researcher is campaigning for it to win that distinction by an online vote.

The nearly half-inch bombardier beetle is native to Sonoran Desert riparian habitats. What sets it apart is its self-preservation mechanism – a boiling hot chemical cocktail that the beetle spews from its abdomen directly at predators such as frogs.

UA entomologist Wendy Moore studies the critter, which lives in Madera Canyon south of Tucson. While many beetles have chemical defenses, Moore says the temperature of the chemicals sprayed — higher than the water boiling point of 212 degrees Fahrenheit – is unique to this species.

“By having the genome of the bombardier beetle, it would be the very first genome for this huge family of carabids where there is 40,000 described species,” Moore said.

The bombardier beetle is one of five fauna vying for top prize in a genome sequencing competition. It’s up against a dancing dingo, pink pigeon, sea slug and pit viper.

Moore is campaigning for her beetle to win the competition because "these smaller organisms are by far the most diverse in the world and have a lot of mysteries that we need to unravel."

You can cast a vote through April 5 for the bombardier beetle to win the genetic sequencing.

Listen to Wendy Moore talk about how the beetle's chemical reaction occurs:

Bright Green Beetle Makes a Sonoran Desert Appearance "The King of Sting" Talks Arizona Insects UA slowing its plan to return to campus
By posting comments, you agree to our
AZPM encourages comments, but comments that contain profanity, unrelated information, threats, libel, defamatory statements, obscenities, pornography or that violate the law are not allowed. Comments that promote commercial products or services are not allowed. Comments in violation of this policy will be removed. Continued posting of comments that violate this policy will result in the commenter being banned from the site.