It originally required the city minimum wage to be $2 higher than the state's. by Laurel Morales, Fronteras Desk TWEET SHARE 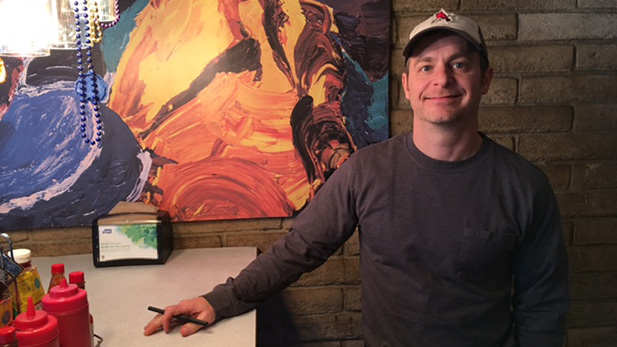 Jamie Thousand, owner of Satchmo's BBQ and Roux 66, says the state needed a raise. But he said not everyone understood what a hit two overlapping increases would have for businesses and Flagstaff's economy as a whole.
Laurel Morales, Fronteras Desk

Arizona gave itself a raise in November, and so did Flagstaff.

Now the City Council has amended the city’s minimum-wage law so it will have less of a compounded impact on employers.

Some business owners said they would have to raise their prices. Others said they’d have to shut down all together.

So the council voted unanimously to remove the requirement that the city’s minimum wage be $2 higher than the state’s. So instead of a $12 minimum wage in July, it will be $10.50 and will go up gradually year by year to $15 by 2021.

Cost of Living Skyrocketing, Flagstaff Experiments with Raising Minimum Wage Arizona's Minimum Wage Going Up Jan 1 Flagstaff Passes Resolution Against Uranium Hauling
By posting comments, you agree to our
AZPM encourages comments, but comments that contain profanity, unrelated information, threats, libel, defamatory statements, obscenities, pornography or that violate the law are not allowed. Comments that promote commercial products or services are not allowed. Comments in violation of this policy will be removed. Continued posting of comments that violate this policy will result in the commenter being banned from the site.