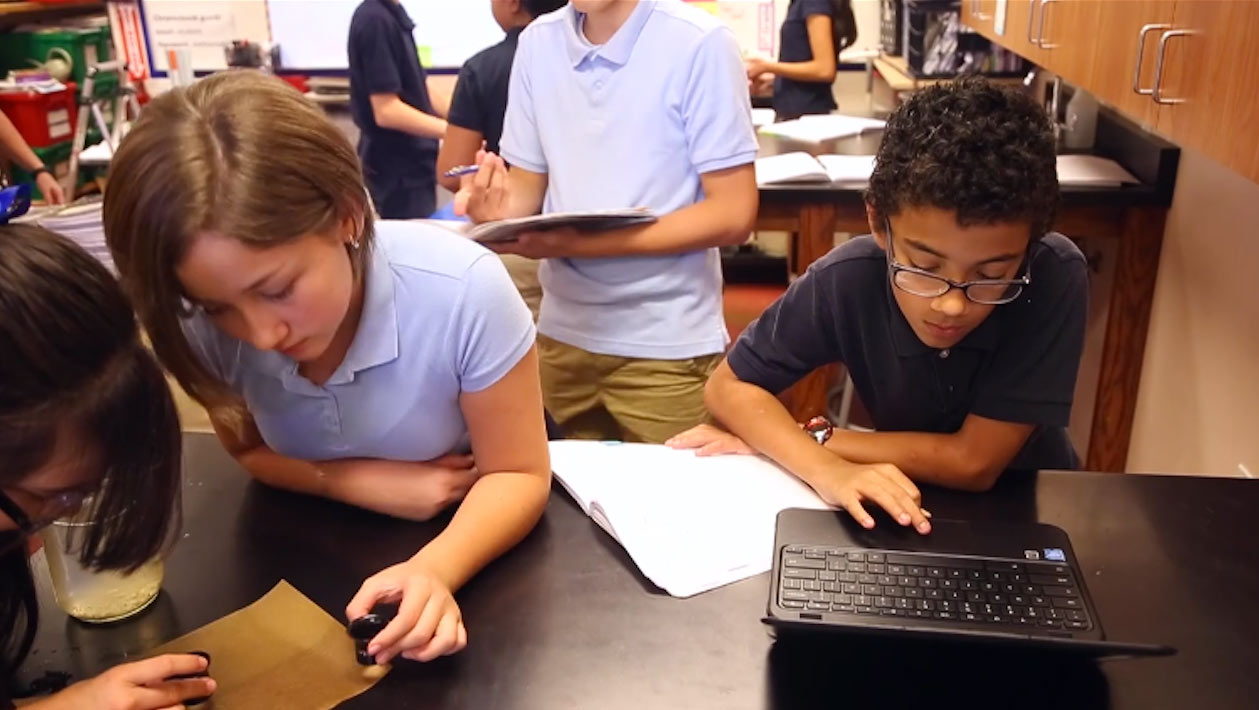 A Tucson school Wednesday celebrated its selection as Arizona’s charter school of the year for 2016.

The Academy of Math and Science Prince campus on the city’s near northwest side was named for the award by the Arizona Charter Schools Association.

The Academy emphasizes a science, tech, engineering and math curriculum and has been operating since 2000. The school on West Prince Road is the charter’s flagship campus, with one other in Tucson and two in Phoenix.

The school was selected from among 500 charter schools in the state.

School officials said in a press release that 75 dignitaries, including elected officials and business leaders, were invited to the school for a Wednesday morning breakfast celebration.

Oro Valley School Encourages Hands-On STEM Learning Amber Smith to Become First Female CEO of Tucson Metro Chamber Public Schools Inc.: From Small Tucson Charter to International Network
By posting comments, you agree to our
AZPM encourages comments, but comments that contain profanity, unrelated information, threats, libel, defamatory statements, obscenities, pornography or that violate the law are not allowed. Comments that promote commercial products or services are not allowed. Comments in violation of this policy will be removed. Continued posting of comments that violate this policy will result in the commenter being banned from the site.