How Planned Medicaid Cuts May Affect One Tucson Family 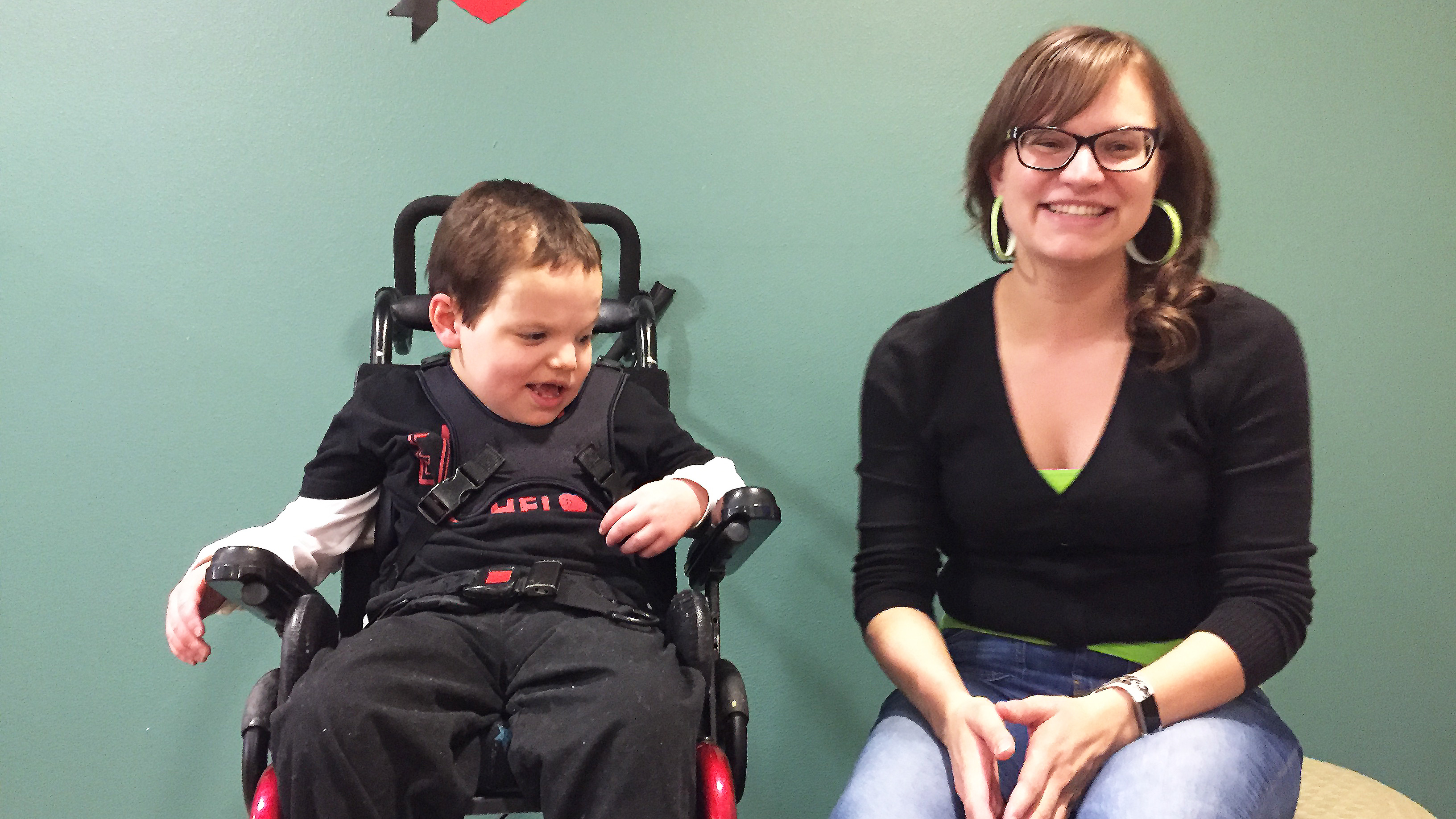 Jaclyn Larson and her son Aidan both have health insurance through Arizona's Medicaid program, AHCCCS.

Jaclyn Larson is a single mother and the sole caregiver to her son, Aidan.

"He’s about to be 8 next week," Jaclyn said. " [He] has a traumatic brain injury from a car accident.”

He has come a long way in terms of recovery since then, but is severely disabled, requiring a wheelchair and eating through a feeding tube. 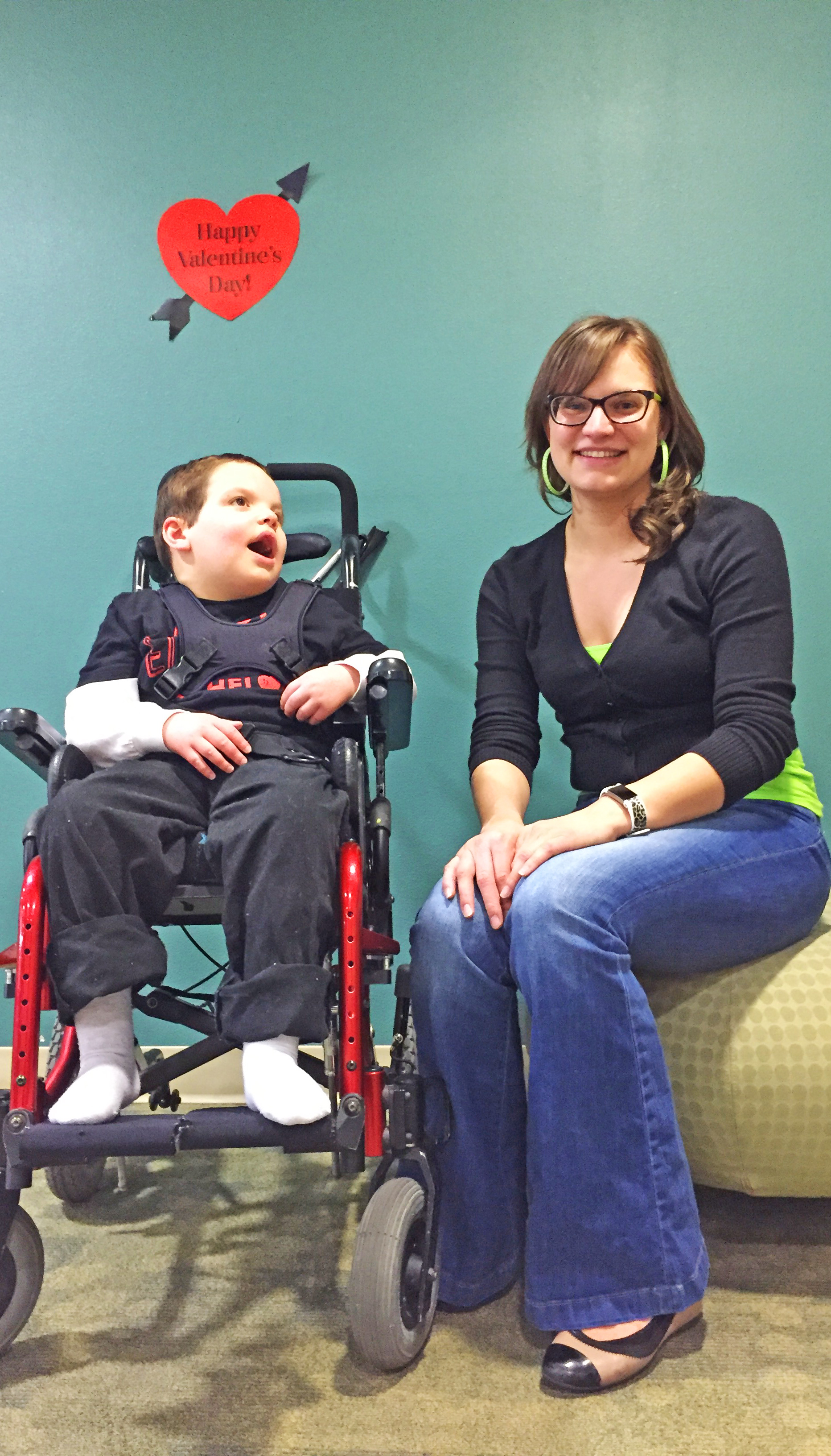 Jaclyn Larson and her son Aidan.

"He needs assistance with everything he does, including teeth brushing, getting dressed, he has to wear diapers," said Jaclyn, who spends a big portion of her time shuttling Aiden to doctors appointments.

She balances caring for Aidan with fulltime studies at Pima Community College, and she recently applied for admission to the University of Arizona.

Larson and her son get their health insurance through Arizona's Medicaid program, called the Arizona Health Care Cost Containment System, or AHCCCS. If the federal government approves a series of changes that state lawmakers adopted in 2015, she would be in a group of people who could eventually lose their care.

The changes include a five-year lifetime limit on enrollment in AHCCCS for “able-bodied” adults and require that those same people be either employed, looking for work or studying.

"The tendency is to stay on them year after year," she said. "It’s difficult to go from completely being dependent on a government program for a specific purpose to being able to afford a private opportunity, and in this case health care."

Jasleen Chhatwal, a Tucson psychiatrist, said the changes would place a burden on health care providers, who would have to declare people able bodied or not, with little guidance on what that means.

And that's not her only opposition to the law.

"It’s going to result in loss of health coverage which is never good for a community that already has so many people who need health care services," Chhatwal said.

So what happens now?

AHCCCS is collecting public input on the changes and at the end of March they will be submitted, along with the planned changes, to the federal Centers for Medicare and Medicaid Services, which has the final say.

The agency rejected those changes last year, but many believe the outcome could be different this time around.

Kohler said if the federal agency approves Arizona's changes, the state will become the first in the country to place such limits on its Medicaid program.

The law outlines exceptions to the lifetime limit and work requirement, including for people who are the sole caregiver for a child under 6, but none of them would apply to Jaclyn Larson, or people in similar positions.

Larson, 26, has big plans. She expects to get her bachelor's degree and then find a job that provides her insurance. But, nothing is certain.

So, if Aidan gets sick and she can’t work while she cares for him, or if she reaches that five-year limit before she finds a job that provides her with insurance, she could lose her medical coverage.

"Hopefully that scenario won’t happen, but if it does, it’s going to be really difficult," she said.

AHCCCS is accepting public input on the changes until the end of February.

Click here to read more about SB 1092 or for information on how to provide input.

Report: Rate of Native American Uninsured Fell Under Obamacare Study: Medicaid Cuts Would Disproportionately Affect Arizona's Rural Children Public Opposes More Limits on Arizona Medicaid
By posting comments, you agree to our
AZPM encourages comments, but comments that contain profanity, unrelated information, threats, libel, defamatory statements, obscenities, pornography or that violate the law are not allowed. Comments that promote commercial products or services are not allowed. Comments in violation of this policy will be removed. Continued posting of comments that violate this policy will result in the commenter being banned from the site.