Trump's executive order left a family divided between Tucson and a refugee camp in Kenya. by Nancy Montoya TWEET SHARE 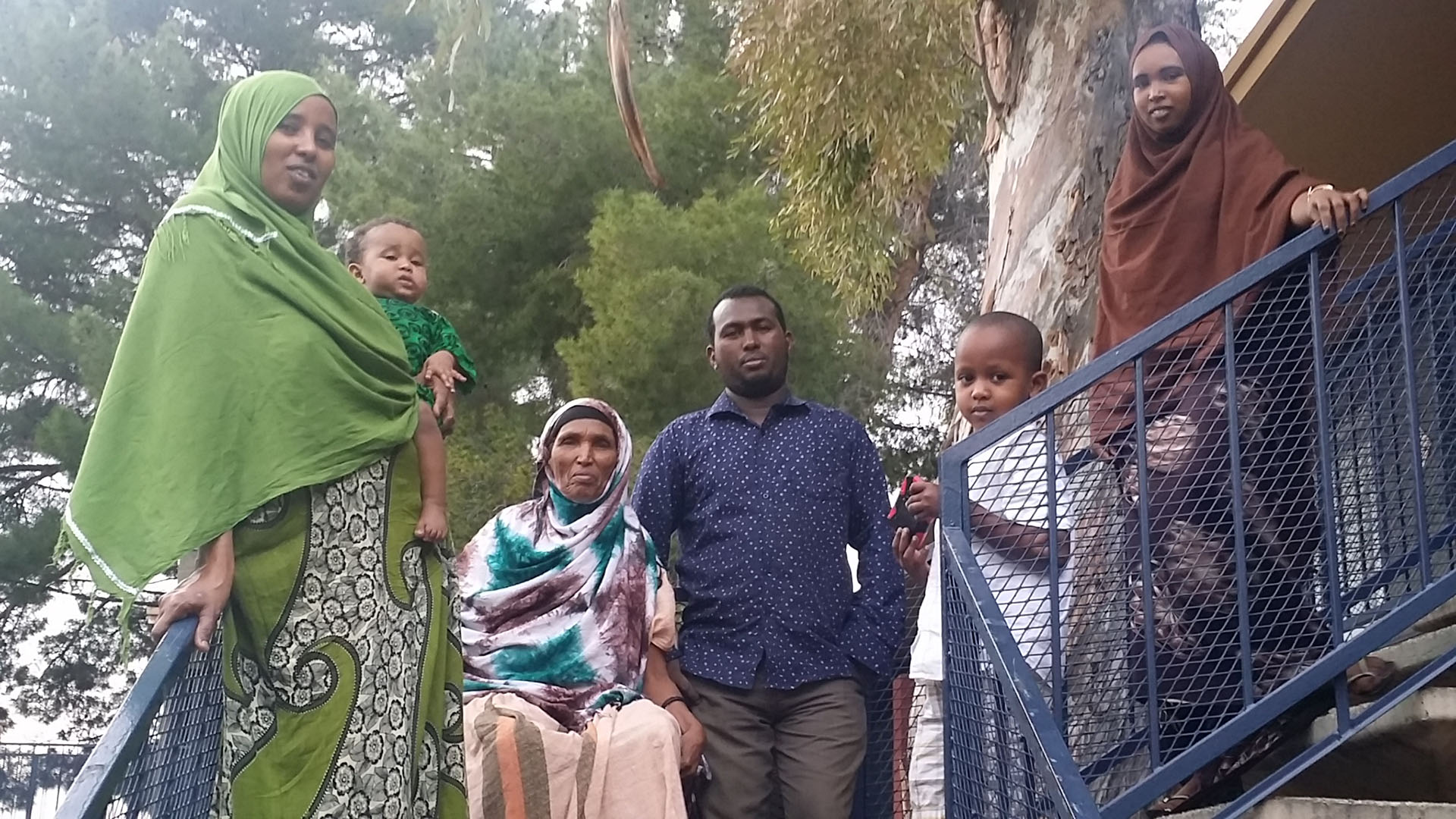 The Abrahem-Mohamed household in Tucson.
Nancy Montoya, AZPM
Our two-part series concludes today on the effects of President Donald Trump’s orders on refugees and immigration in Tucson. In this story, Nancy Montoya visits with members of a family from Somalia, now safe in Tucson after a quarter-century journey, but worried about those they left behind.

It is dinnertime in the Abrahem-Mohamed household. Grandma is watching the 4-year-old and the baby.

The mother, Fatuma, is cutting vegetables to put into a soup, while the father is still at work. A normal day in the life of a Tucson family. But the back story of this family is far from normal. Getting to Tucson was a 26-year journey from Somalia.

“I came from the Dadaab Refugee Camp. I came here to have a better life and to live in a peaceful country,” Fatuma told Arizona Public Media through an interpreter.

Dadaab the largest camp of its kind in the world. It sits across the border from Somalia in Kenya, and around 350,000 people live there. It’s been there for years, taking those fleeing civil war in their homeland. Since 1991, more than a million people have been killed in the war in Somalia.

Now, after a quarter-century of sheltering the most vulnerable from the Somali Civil War, the Kenyan government is moving to close the camp. Fatuma and her immediate family gained asylum in the U.S. after three years of vetting and were brought to Tucson by the aid group International Refugee Committee.

“We were the first arrivals to come to that refuge camp,” Fatuma said.

She was 9 years old. She lived there more than a decade, met her husband in the camp and bore her two children there. She recalled hardships growing up there.

“Those people who would distribute food to the refugee camps only every 15 days. And this is not enough. We can’t go outside of that refugee camp to buy some stuff. So it’s horrible. We had to stay in that area, and you can’t go anywhere else.”

Fatuma and her family arrived in Tucson in November. Within two months she and her husband were working and, she is quick to add, paying taxes. 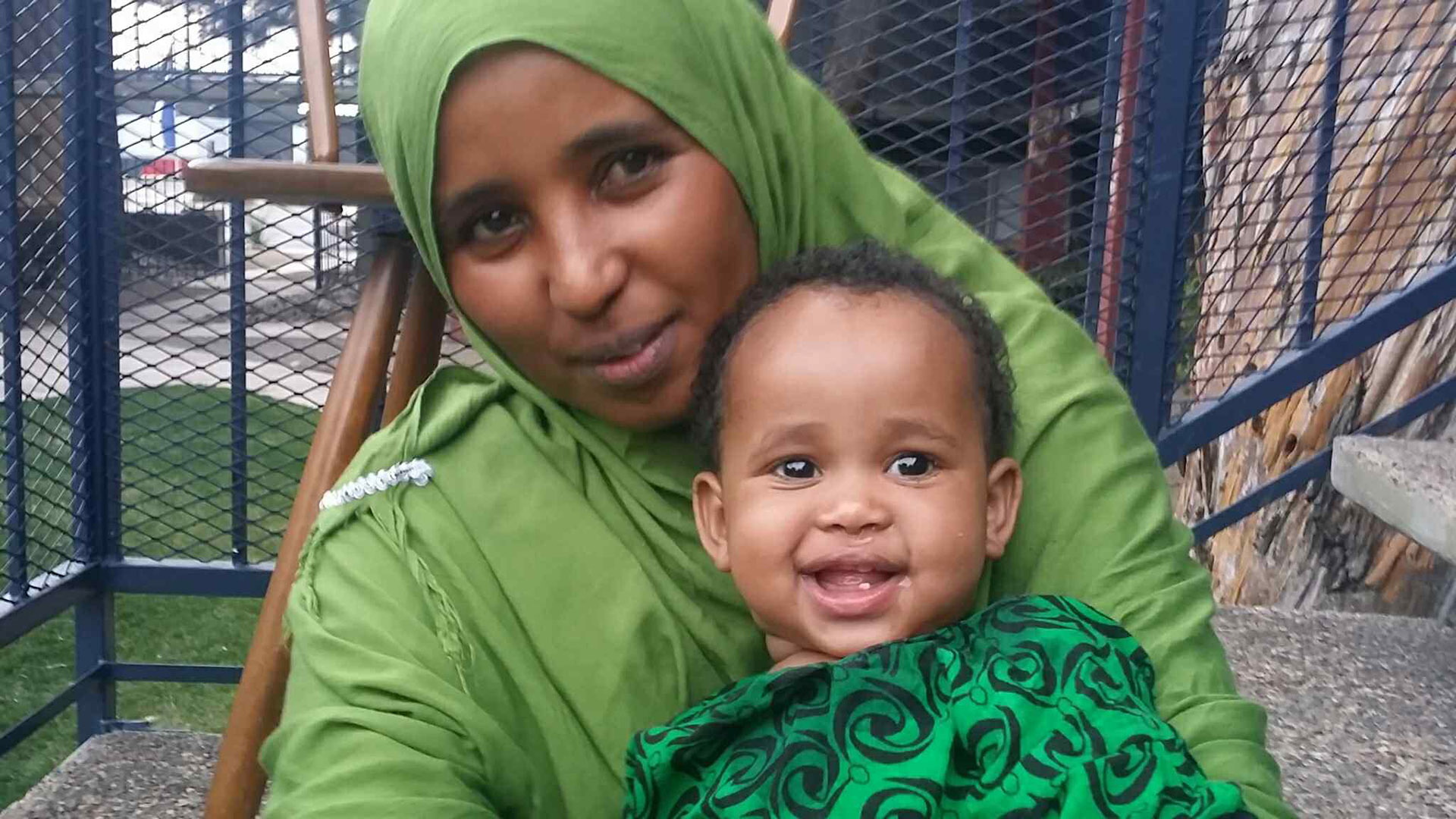 “I feel like I’m in a good place. I feel like I am in a peaceful area. This is the land of freedom – so I am so happy to be in this place.”

But she left something behind in the refugee camp.

“My family was supposed to come on Jan. 31, before Trump signed that executive order. They were taken back to the refugee camps and they were told until further notice they can’t come to the United States.”

Fatuma's sister and two brothers are still in Kenya. That's the dilemma facing Fatuma’s family and untold numbers of other refugees who are caught somewhere between their homelands, the lengthy vetting process and the U.S.

Until now, refugees were not a part of terrorism concerns in the U.S., said Jeffrey Cornish, head of Tucson’s branch of International Rescue Committee.

Fatuma knows what she would tell Trump if they could meet face to face.

For Fatuma, that divide has left her sister and two brothers still waiting in that crowded refugee camp in Kenya.

Tucson Refugee Resettlement Nonprofits Fear Closures Part 1: Diverse Alliances in Tucson Immigrant and Refugee Community Banning Vetted Refugees Puts Them In Harm's Way, Advocate Says
By posting comments, you agree to our
AZPM encourages comments, but comments that contain profanity, unrelated information, threats, libel, defamatory statements, obscenities, pornography or that violate the law are not allowed. Comments that promote commercial products or services are not allowed. Comments in violation of this policy will be removed. Continued posting of comments that violate this policy will result in the commenter being banned from the site.