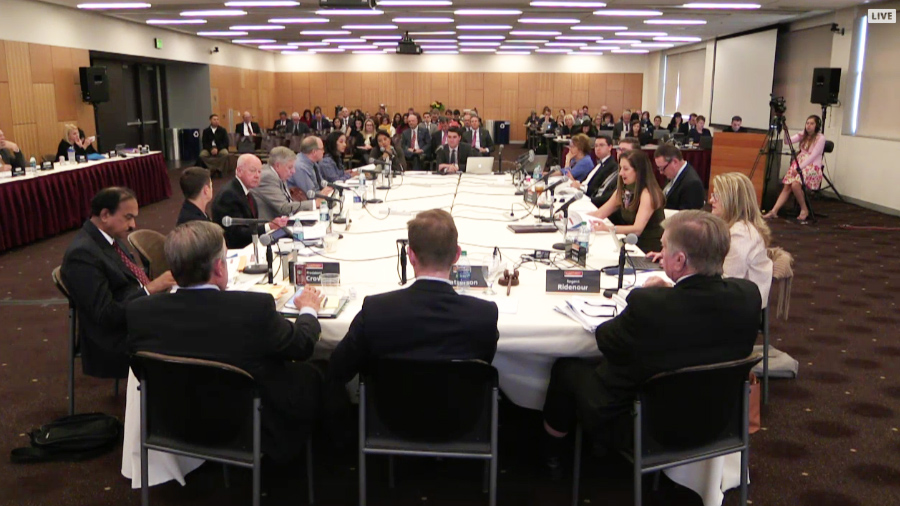 Arizona Board of Regents meeting in Tempe.

Members of the Arizona Board of Regents have taken positions this week on a number of bills introduced in the state Legislature that would have a direct impact on Arizona’s three public universities.

One bill would require that the regents give tuition waivers for online courses to people employed in rural school districts in Arizona.

At a meeting yesterday, many Board of Regents members said they appreciated the bill's intent.

"But the fact is, it isn’t about the idea," said regent Ron Shoopman, "It’s about the fact that we don’t have the revenue to pay for it."

"We’d be happy to execute these ideas if there’s revenue stream attached to it."

The regents voted to oppose that bill, as well as a different one that would charge members of the Arizona National Guard the same rate to study as university employees pay.

Earlier this week, the board convened a special meeting to discuss a bill that would delegate the regents' authority to three separate university boards. They voted unanimously at that time to oppose that bill.

Klein Announces She'll Step Down as Board of Regents President Governor Appoints New Arizona Regent Following Resignation of Chair Arizona Regents to Trump: Protect 'Dreamer' Students
By posting comments, you agree to our
AZPM encourages comments, but comments that contain profanity, unrelated information, threats, libel, defamatory statements, obscenities, pornography or that violate the law are not allowed. Comments that promote commercial products or services are not allowed. Comments in violation of this policy will be removed. Continued posting of comments that violate this policy will result in the commenter being banned from the site.