Lives can be lost if they are blocked from coming to the U.S. despite receiving prior approval. by Nancy Montoya TWEET SHARE 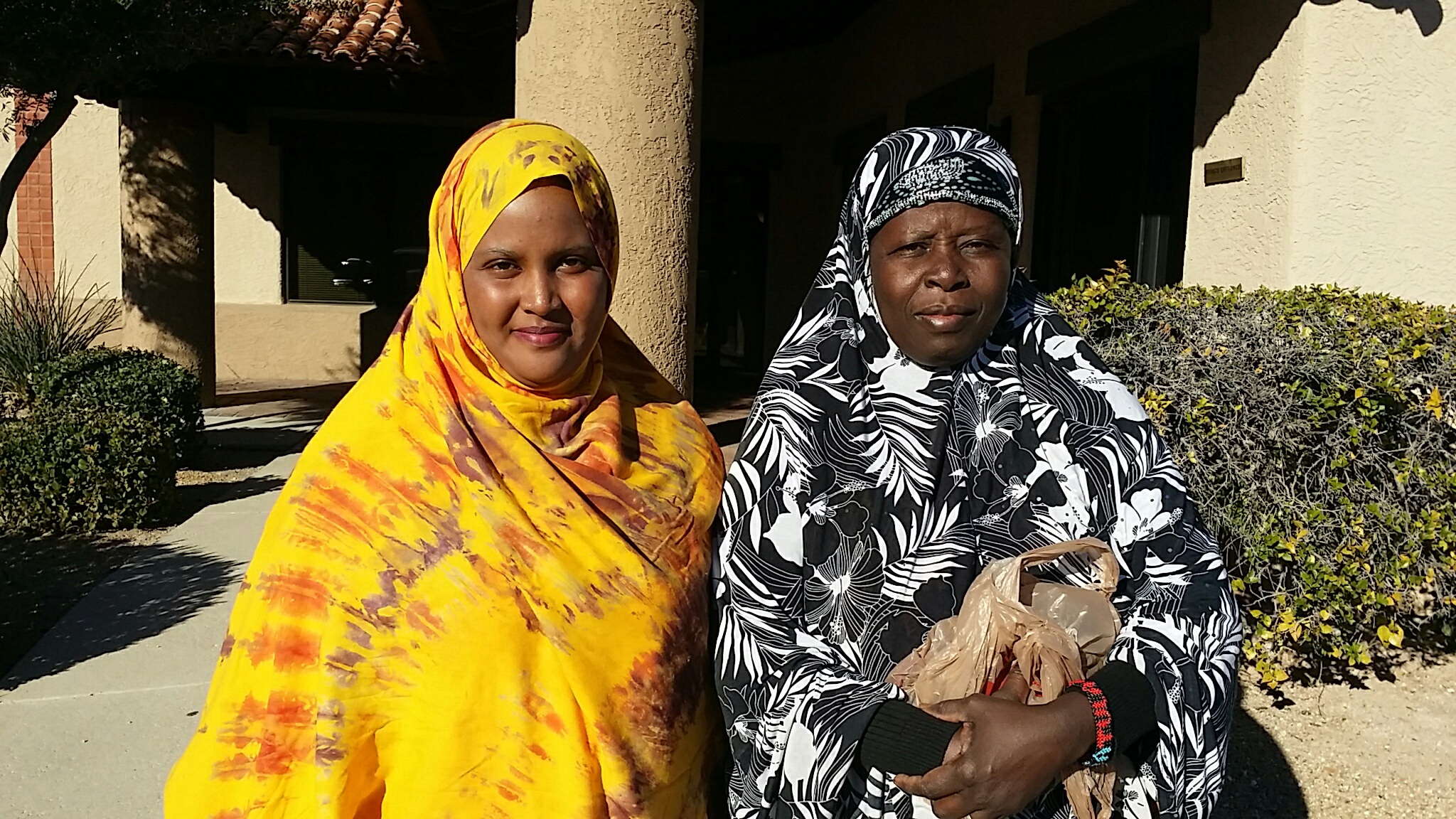 Somali Refugee Women entering the offices of the International Rescue Committee in Tucson.

The lives of refugees who have received approval to come to the U.S. may be in danger if they are banned from entering, the director of a Tucson refugee nonprofit has said.

“Our refugee resettlement program has saved countless lives in the process,” Cornish said.

Refugees who have been vetted for entry to the U.S., but haven’t arrived yet, could be in danger, according to Cornish.

“The statistics that I have read is that there are currently 60,000 refugees that have been vetted and approved for travel to the United States. Those people now are in limbo,” Cornish said.

That includes at least 500-600 who were headed to Tucson.

“Those people now are forced to stay at the refugee camps that they are in and also in conflict zones. So there is a danger for these individuals. They are still in harm’s way.”

Cornish said many may die while waiting for an end to President Donald Trump’s ban on refugee immigration.

Forum to Explore Challenges, Misconceptions in Refugee Resettlement Reduced Refugee Cap May Mean Fewer Come To Arizona Program Aims to Help Refugee Women Connect to Community
By posting comments, you agree to our
AZPM encourages comments, but comments that contain profanity, unrelated information, threats, libel, defamatory statements, obscenities, pornography or that violate the law are not allowed. Comments that promote commercial products or services are not allowed. Comments in violation of this policy will be removed. Continued posting of comments that violate this policy will result in the commenter being banned from the site.