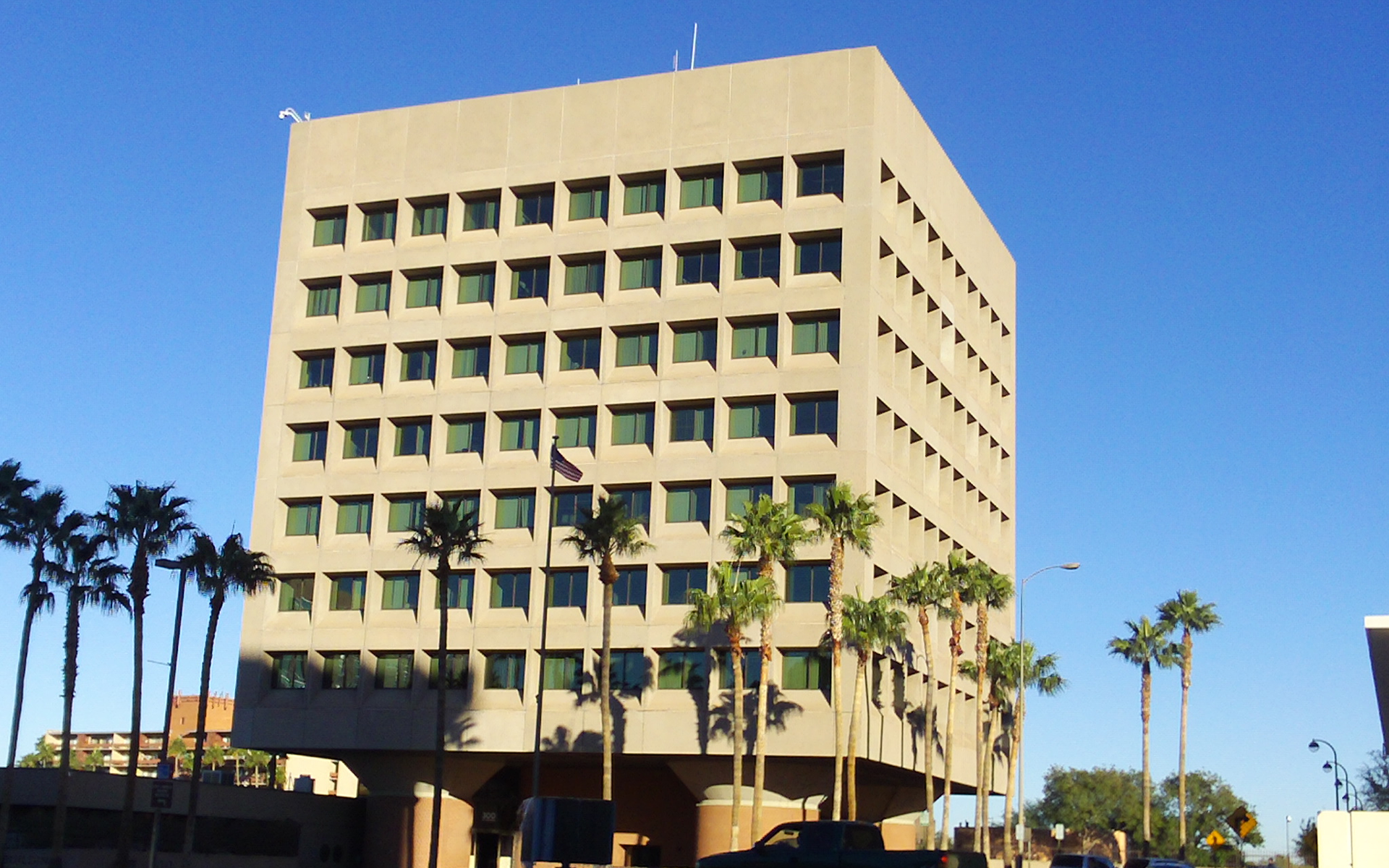 The federal building in downtown Tucson.
Courtesy of USDA
LISTEN

At the federal building in Tucson, the news of the ban came as more than 50 area immigration lawyers, judges and advocates were gathered for an annual meeting.

“It’s really disappointing. It affects everybody, including the lawyers, on what to tell our clients, and trying to keep them safe,” said Gloria Goldman, an expert panelist at the meeting.

Goldman fears the immigration freeze on those coming from largely Muslim countries is not a good sign for the uncertain future of “dreamers.” Those are young people, mostly from Latin American countries, who were brought to the U.S. illegally and now have legal status under an executive order by President Barack Obama.

“There are people who have stepped up to the front, to organize meetings and work with the ACLU. And everyone is ready to pounce when we start to see action from these very general and vague executive orders,” Goldman said.

The meeting as closed with a final remark directed at the president: “See you in court.”

Immigration Attorneys Cross Border to Give Free Legal Help to Families UA Comes Out Against Trump's Executive Action on Immigration Tucson Officials Ready Themselves for 'Sanctuary' Fight
By posting comments, you agree to our
AZPM encourages comments, but comments that contain profanity, unrelated information, threats, libel, defamatory statements, obscenities, pornography or that violate the law are not allowed. Comments that promote commercial products or services are not allowed. Comments in violation of this policy will be removed. Continued posting of comments that violate this policy will result in the commenter being banned from the site.