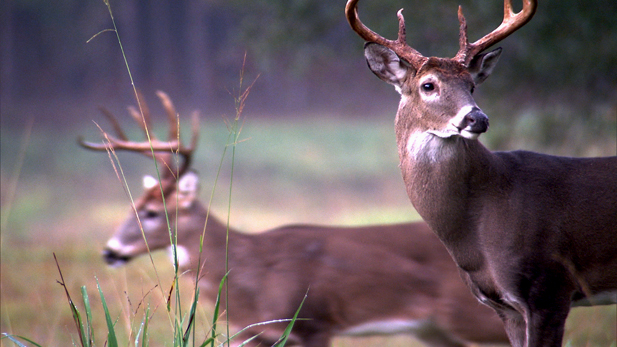 Two whitetail bucks venturing out during the rut.
PBS

FLAGSTAFF - A disease fatal to deer and elk has struck herds in some Western states, but hasn’t arrived in Arizona yet, according to the Arizona Game and Fish Department.

The Arizona Game and Fish tested about 1,000 tissue samples from deer and elk harvested in the fall hunting season. The tests showed no trace of Chronic Wasting Disease. 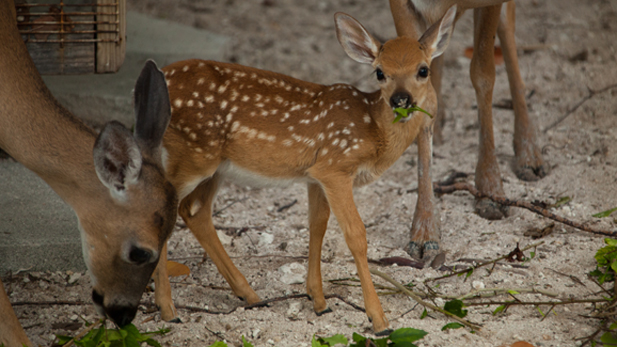 “We consider this a serious threat to our deer and elk populations, and we’re being very diligent about testing for this disease,” said Justice-Allen.

Diseased animals could move into Arizona from New Mexico and Utah, although barriers like mountains and rivers have so far prevented this, Justice-Allen said.

She also expressed concerned that hunters could introduce the disease from another state. That’s why they’re required to process deer and elk meat before bringing it into Arizona.

Reward Offered in Deer Poaching Case Near San Manuel Growing Bat Population Good for Tequila Drinkers Mount Graham Endangered Red Squirrel Population Declines Slightly
By posting comments, you agree to our
AZPM encourages comments, but comments that contain profanity, unrelated information, threats, libel, defamatory statements, obscenities, pornography or that violate the law are not allowed. Comments that promote commercial products or services are not allowed. Comments in violation of this policy will be removed. Continued posting of comments that violate this policy will result in the commenter being banned from the site.