After Trump is Inaugurated, Sonora to Host ‘Megaregion’ Business Summit 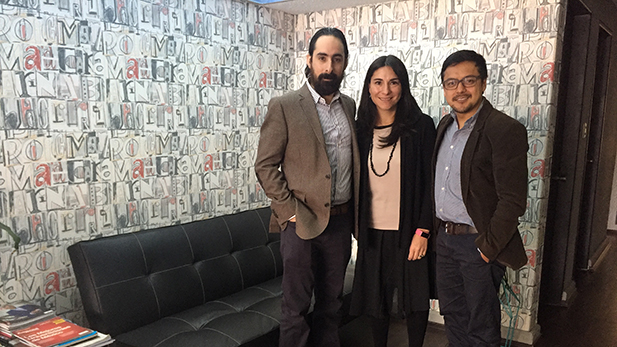 Some border-state companies and governments want to make sure it’s business as usual following the presidential inauguration. A few weeks after Donald Trump takes office, Sonora will host a summit to strengthen the commercial region.

For a decade, Hermosillo has hosted Cumbre Sonora, an annual gathering of business and political leaders from both sides of the border. But this year’s summit in mid-February will have two new components.

For the first time, an energy roundtable will prelude Cumbre Sonora. The topic is taking on more relevance as Mexico opens its energy market, and Arizona and Sonora continue to build partnerships in the area.

“In the new energy revolution, both Arizona and Sonora will be potentially very active in the electric-vehicle manufacturing," said Jonathan Pinzón, one of the roundtable’s organizers.

“We are going to see increasingly more energy cooperation, not only economic integration. That’s why we think it’s a good time to start talking about energy more regionally," Pinzón said.

“Due to the importance and the program, and also the skepticism surrounding the new presidency in the U.S., we are expecting a very important participation from the business community, not only from Sonora and Arizona, but from other border states," said César Reyes, one of the leading organizers of Cumbre Sonora and the Energy Roundtable.

The title of the conference reflects the interest of the organizers to help the megaregion grow: “Towards a New Era of Bilateral Integration”.

For Roberto Salinas, president of the Mexico Business Forum and co-organizer of Cumbre Sonora, the event will strengthen the ‘megaregion’ shared between Arizona and Sonora, regardless of the fate of the North American Free Trade Agreement under Trump’s administration.

“With or without NAFTA cancellation, there’s such dependency and such an inertial relation between these two regions that it is unavoidable," said Salinas.

Salinas thinks anger and nationalism resulting from political tension should not play a part in consumer and business decisions.

Reyes thinks the megaregion has strong connections that may surpass the rhetoric.

“The relation goes beyond the two presidents, and it is more founded on roots, culture, tradition but also business," said Reyes.

For Reyes, the summit is always an opportunity for entrepreneurs and members of the business community in Arizona interested in the business dynamics of Northern Mexico.

“We’ve had a lot of representatives coming from Arizona, including the mayor of Tucson, and someday we hope to have Gov. Ducey attending our events," Salinas said.

Leaders, Execs to Meet at Business Summit to Talk US-Mexico Ties Mining Tops Sonora's Agenda at Arizona-Mexico Commission Summit Elections Endanger Arizona-Sonora 'Marriage'
By posting comments, you agree to our
AZPM encourages comments, but comments that contain profanity, unrelated information, threats, libel, defamatory statements, obscenities, pornography or that violate the law are not allowed. Comments that promote commercial products or services are not allowed. Comments in violation of this policy will be removed. Continued posting of comments that violate this policy will result in the commenter being banned from the site.