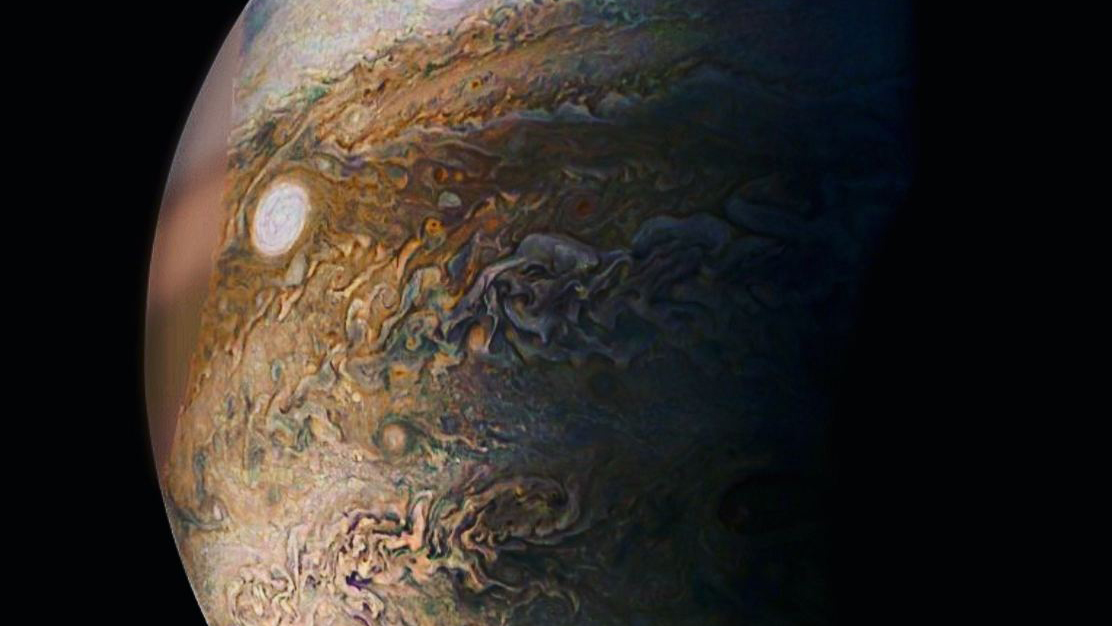 The camera aboard NASA's Juno mission caught this picture of a 'white storm' at Jupiter in December 2016.
NASA/Juno

A Tucson-based planetary scientist wants the public's help in deciding where the Juno spacecraft's camera should be pointed on its next pass over Jupiter.

Candice Hansen of Tucson’s Planetary Science Institute said she will ask the public a second time what pictures it wants from the big planet, after the first effort was successful.

"We are just so pleased and so amazed with what people come up with," she said.

Amateur and professional astronomers take the raw data from Juno Cam and create processed images that are posted to the Juno mission's website.

Hansen is accustomed to carefully planning what imagery is taken on a space mission. So asking the public to select the Juno spacecraft’s photo targets was a leap of faith.

She and other scientists offered the public a choice of 16 potential locations for photos. Conditions allowed for two to be captured by the camera.

Hansen said unlike most missions, Juno does not have a group of scientists dedicated to photography.

"The world is our imaging team," she said.

Voting opens Jan. 19 for Juno’s next flyby. Hansen said nearly two hours of it will be devoted to the public’s choices.

Amateurs Help Bring Life to Images of Jupiter's Great Red Spot Jupiter Spacecraft Captures Image of Towering Polar Storms ASU to launch cameras aboard new Mars rover, Emirates orbiter
By posting comments, you agree to our
AZPM encourages comments, but comments that contain profanity, unrelated information, threats, libel, defamatory statements, obscenities, pornography or that violate the law are not allowed. Comments that promote commercial products or services are not allowed. Comments in violation of this policy will be removed. Continued posting of comments that violate this policy will result in the commenter being banned from the site.