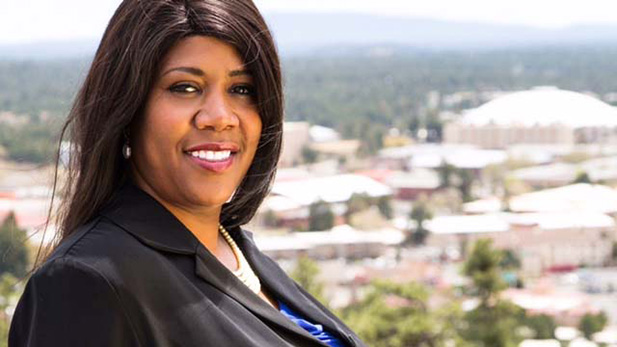 Flagstaff has elected its first African-American mayor in Democrat Coral Evans, who unseated a two-term incumbent.

While the rest of the country seems to be ready for conservative leadership, Flagstaff has gone the opposite direction.

Many in Flagstaff have expressed concern about how fast the city is growing to accommodate an ever-expanding university. A self-described “girl of the projects,” Evans ran on a platform of responsible growth, stressing the importance of affordable housing and water.

Outgoing Mayor Jerry Nabours told the Arizona Daily Sun he expects a “no-growth” approach by the new council. “Flagstaff as we know it has changed," he said.

Honoring Dunbar School's Past, Reshaping its Future Phoenix Mayor Hopes to Boost His City's Trade With Mexico Tucson Council Set to OK Two Big Urban Core Projects
By posting comments, you agree to our
AZPM encourages comments, but comments that contain profanity, unrelated information, threats, libel, defamatory statements, obscenities, pornography or that violate the law are not allowed. Comments that promote commercial products or services are not allowed. Comments in violation of this policy will be removed. Continued posting of comments that violate this policy will result in the commenter being banned from the site.