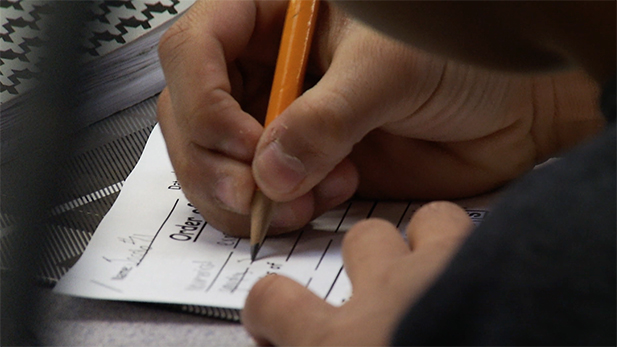 Both candidates campaigned on the issue of better pay and working conditions for fellow educators.

Linda Arzoumanian, who has held the job since 2000, did not run for re-election.

Burkholder, a seventh- and eighth-grade math teacher, previously served on the board of the Vail School District, said her top priority is attracting top-notch teachers to southern Arizona.

He said a major challenge facing schools is funding.

"We have a problem with our Legislature not doing what the Arizona Constitution says they need to be doing, which is fund public education."

That’s the reason teacher salaries are so low, Williams said, promising in his campaign to advocate for more funding to be able to raise those salaries.

Williams said he has already met with leaders of schools from around Pima County to understand what their needs are.

"The meet-and-greet is over," he said. "I’ve already been in there doing that. We already have actual plans that are ready to take place and make positive changes here in Pima County, and ultimately strive for the best education in Arizona."

Review of School Boards, County Superintendent Races TUSD Race Focuses on Teacher Retention, Transparency Seven Weeks into School Year, TUSD Still Needs 120 Teachers
By posting comments, you agree to our
AZPM encourages comments, but comments that contain profanity, unrelated information, threats, libel, defamatory statements, obscenities, pornography or that violate the law are not allowed. Comments that promote commercial products or services are not allowed. Comments in violation of this policy will be removed. Continued posting of comments that violate this policy will result in the commenter being banned from the site.