Phoenix Mayor Hopes to Boost His City's Trade With Mexico 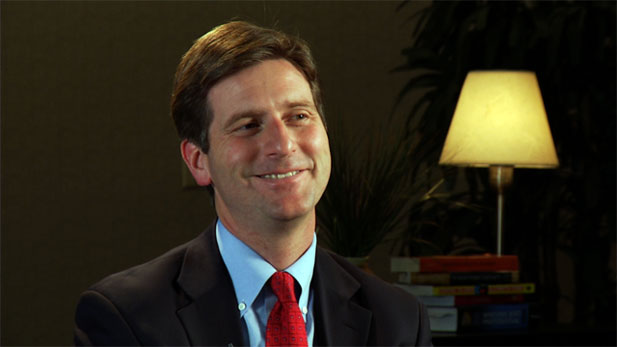 Stanton has made more than a dozen official visits to Mexico since he took office four years ago. He thinks keeping a close relationship with the neighboring nation is good for the city’s economy.

“Mexico is going to pass up Brazil in terms of a larger economy in the not too distant future”, Stanton said. “In 25 years, Mexico will be the fifth or sixth largest economy.”

The mayor is leading a group of 25 people from Phoenix on business and government meetings in Mexico City this week.

“We’re here in Mexico to meet with business leaders so that we can learn about what’s happening and the economic relationship that we have,” he explained. “I wanted them to see with their own two eyes how great the economy is doing and how we need to build the closer partnership long term."

Stanton said he realizes many people in Arizona see the border with Mexico as a liability, and that many in Mexico still have a negative perception of Arizona because of Senate Bill 1070. But, he said, communities on both sides should collaborate to resolve any security issues together.

“In the meantime, let’s not turn our back on the business opportunities that exist with being close geographically, proximity-wise to Mexico,” Stanton said.

Phoenix has had a representative in Mexico City since 2014, but this Thursday, the city will open a brick-and-mortar office in Mexico’s capital.

With the office, Stanton expects to help Arizona businesses export to Mexico and encourage Mexican companies to make investments in Phoenix.

“For us to be successful, it’s got to be two-way trade. We want foreign direct investment into our community, and we’re going to work on that. Just by the same token, I want American companies to take advantage of our geographical advantages,” said Stanton.

The trip to Mexico is part of Stanton's strategy to position Phoenix in the global market. He wants to fight the perception of some companies and investors that still don’t think of Phoenix as a world-class metropolis.

“We’re going to change that script,” Stanton said, “we’re going to work hard to make sure that people think of Phoenix as an international city worthy of more FDI (foreign direct investment).”

According to a recent report by the Woodrow Wilson Center, almost 90,000 Arizona jobs depend on trade with Mexico. But for Stanton, the number should be higher already.

“We know there’s a tremendous number of jobs that are already dependent," he said. “Let’s roll up our sleeves.”

Another objective for Stanton is to build a closer relationship between universities and students from both sides of the border.

“It’s such a tragedy that we send more students to Europe than to Mexico,” Stanton said. “We need our students to look more south, and there’s not nearly enough Mexican students studying in Arizona.”

Mexico City Welcomes Phoenix Suns for Two NBA Games Mexican Shoppers Spend Big in Tucson During Holiday Season Mexico Moves to Allay Economic Uncertainty After US Election
By posting comments, you agree to our
AZPM encourages comments, but comments that contain profanity, unrelated information, threats, libel, defamatory statements, obscenities, pornography or that violate the law are not allowed. Comments that promote commercial products or services are not allowed. Comments in violation of this policy will be removed. Continued posting of comments that violate this policy will result in the commenter being banned from the site.