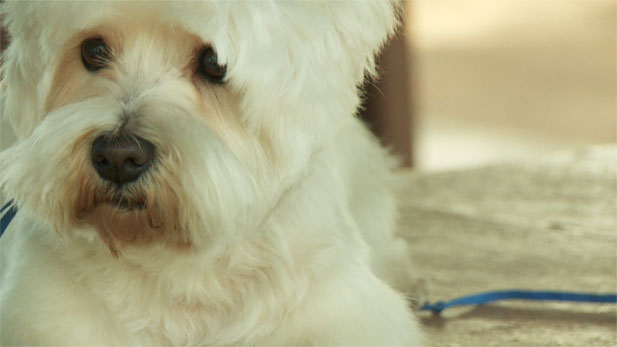 An infection normally found in hospitals might also be spread to humans by their dogs. That’s the finding of a Northern Arizona University team that collected canine fecal samples from all over Flagstaff.

The team studied a bacterium called Clostridium difficile or C. diff. It’s the most common cause of intestinal distress in hospitals and can lead to fatal organ damage.

Lead researcher Nathan Stone believes sources of the disease outside the hospital have generally been overlooked. He hypothesized dog feces might be one of them.

“So we set up a sampling grid across the entire city,” Stone says. “I tried to pick areas where people were likely walking their dogs in that community.”

DNA sequencing showed 17 percent of the more than 200 samples contained C. diff. Over half of those were “toxigenic” strains that cause disease in humans.

Dave Wagner is one of the study’s authors. “It was surprising that so many of the samples were positive, because these appear to be healthy dogs,” he says. “It means these dogs could be carrying around toxigenic C. diff without any ill effects.”

Wagner says the next step is to study pairs of dogs and owners to see if the bacteria are transmitted between them.

The study appeared this week in the journal PLOS ONE.

NAU Project Will Study National Park Boundaries from Space NAU Lab Develops Tool To ID Bats From Guano Phone App Helps Track Zika, Other Diseases
By posting comments, you agree to our
AZPM encourages comments, but comments that contain profanity, unrelated information, threats, libel, defamatory statements, obscenities, pornography or that violate the law are not allowed. Comments that promote commercial products or services are not allowed. Comments in violation of this policy will be removed. Continued posting of comments that violate this policy will result in the commenter being banned from the site.