Food banks: 18.4% of Tucson families with children struggle to feed them. by Christopher Conover Tweet 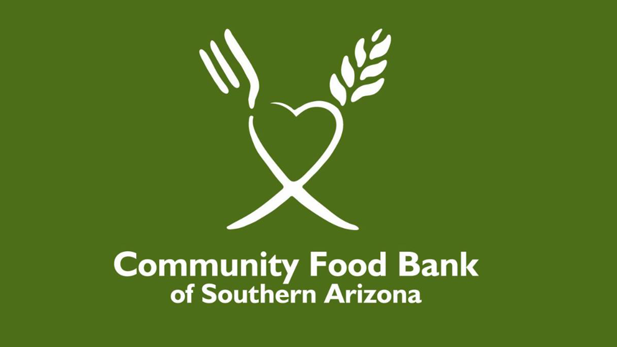 The logo for the Community Food Bank of Southern Arizona
communityfoodbank.org

Arizona’s poverty rate fell by nearly one point since last year, to 17.4 percent, the U.S. Census Bureau reported this week.

Despite the improvement, the state still ranks 15th worst in the nation when it comes to families having trouble putting food on the table.

In Tucson, 18.4 percent of households with children face “food hardship,” according to the Association of Arizona Food Banks.

The Community Food Bank of Southern Arizona distributes the equivalent of more than 63,000 meals a day in Pima, Cochise, Graham, Greenlee and Santa Cruz counties.

Hundreds Celebrate Life of Longtime Advocate for Tucson's Homeless Tucson's Health is Below Average in Some Ways, Group Says Study: Southern Arizonans Lack Financial Stabiliity
By posting comments, you agree to our
AZPM encourages comments, but comments that contain profanity, unrelated information, threats, libel, defamatory statements, obscenities, pornography or that violate the law are not allowed. Comments that promote commercial products or services are not allowed. Comments in violation of this policy will be removed. Continued posting of comments that violate this policy will result in the commenter being banned from the site.