Agreement calls for guidelines on how 'show me your papers' part of law is applied. by Steve Jess TWEET SHARE 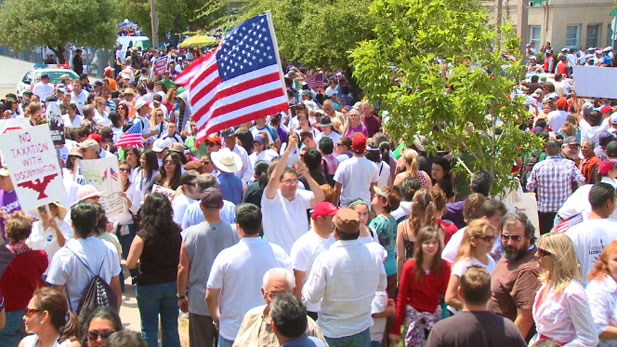 A coalition of civil rights groups announced Thursday it has agreed to end its challenge of Arizona's SB 1070 immigration law.

In exchange, the state issued guidelines on how police are to enforce the law's most contentious section.

Attorney Victor Viramontes with the Mexican American Legal Defense and Educational Fund said at a news conference in Phoenix that the state will instruct police officers that they can only detain someone for a violation of state or local law, not federal immigration law.

While the courts barred enforcement of other sections of the law, the law enforcement questioning requirement was ultimately upheld by the U.S. Supreme Court, despite racial profiling concerns raised by critics.

An agreement to end the last of seven challenges to the law was scheduled to be filed Thursday afternoon.

A draft version of the guidelines includes a requirement that officers document the reasons for their suspicion that a person is here illegally.

The Legislature passed and then-Gov. Jan Brewer signed SB 1070 into law in 2010, leading to both praise and scorn for the state. Included was a boycott of the state that led a number of organizations to cancel conventions.

Several elements of SB 1070 were almost immediately challenged, and much of it was struck down in court rulings that went as high as the Supreme Court.

The "show me your papers" section was upheld, with the caveat that law enforcement officers apply it only in cases in which they have reasonable suspicion that the person they are questioning is in the country illegally.

Phoenix Serial Street Shooter Probe Reveals Unintended Consequence Of SB1070 Tucson Police Reduce SB 1070 Enforcement As Supreme Court nears decision, thousands of DACA recipients are on the COVID-19 front lines
By posting comments, you agree to our
AZPM encourages comments, but comments that contain profanity, unrelated information, threats, libel, defamatory statements, obscenities, pornography or that violate the law are not allowed. Comments that promote commercial products or services are not allowed. Comments in violation of this policy will be removed. Continued posting of comments that violate this policy will result in the commenter being banned from the site.