Stories of people dying in the desert prompted effort to help. by Nancy Montoya Tweet 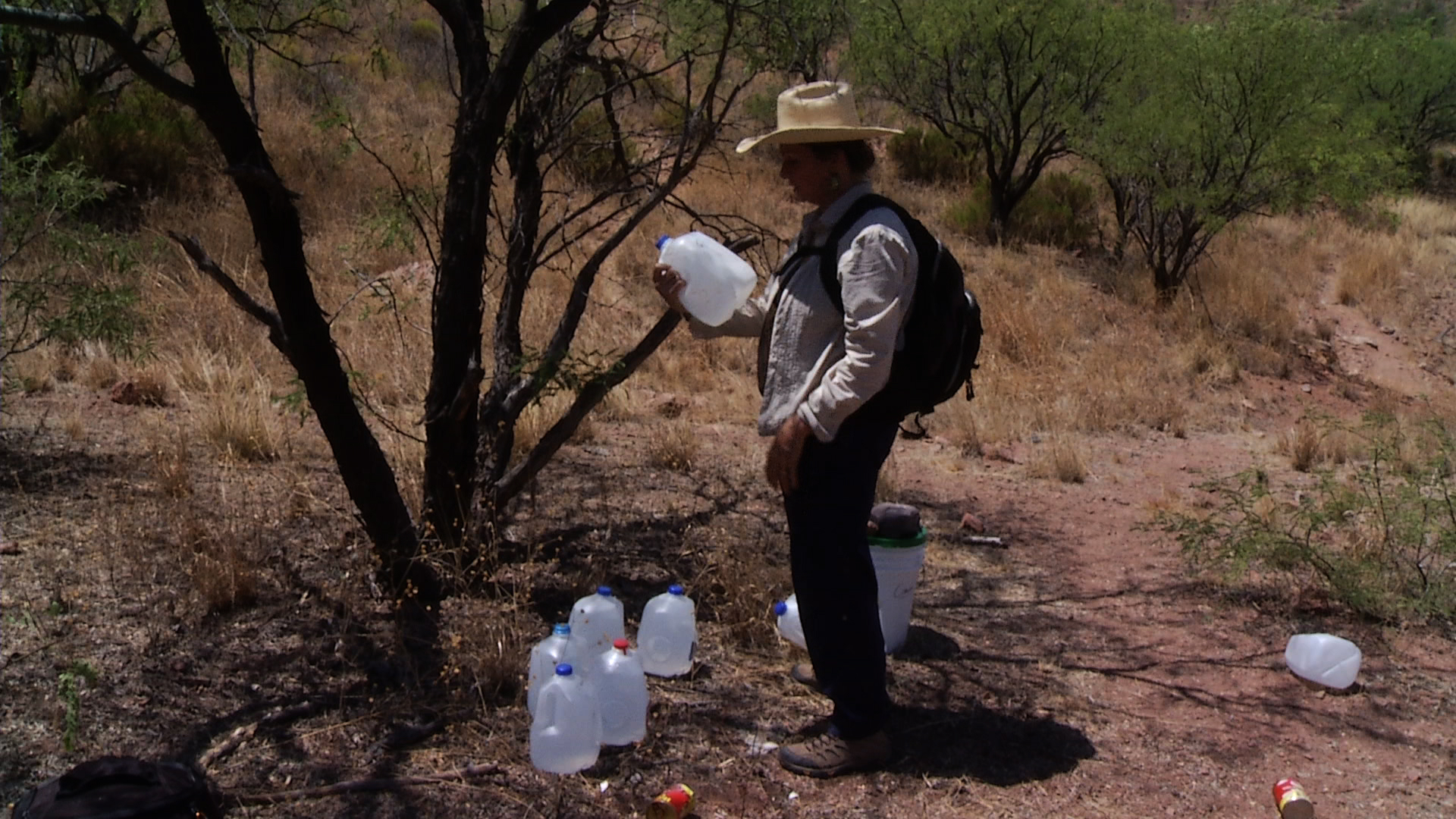 Fourteen years ago this month, a group of Tucsonans calling themselves “People of Faith” headed across the desert with water and food for stranded migrants.

They became known as the Tucson Samaritans. Today, thousands of volunteers, from more than 30 countries have joined the Samaritans.

Fifty miles south of Tucson in the Tumacacori mountains is a trail that goes into a remote area known as Coyote Tank. It's an area that Tucson Samaritans Katherine Ferguson and Bob Kee know well.

“It is one of the deadliest areas, because there is no water out here and very rough terrain. People fall off the cliffs. People die,” Ferguson said.

Every week, they and other teams spread out along the border. They bring food and water. They also carry something else — compassion, Kee said.

“When you’re in a place watching your children starve," Kee said, "I would do the very same thing.”

The samaritans make the two-mile hike through steep and rocky terrain carrying backpacks filled with water and food. They know this is a popular trail for migrants, and announce their presence by calling out that they have water and food.

No one answers, but they say next week when they come back, the food and water will be gone, and sometimes a note is left behind saying "gracias," thank you.

Green Valley Residents at Odds on the Wall Central American Women Abused, Tucson Official Says Border Patrol Names New Boss, Former FBI Agent Mark Morgan
By posting comments, you agree to our
AZPM encourages comments, but comments that contain profanity, unrelated information, threats, libel, defamatory statements, obscenities, pornography or that violate the law are not allowed. Comments that promote commercial products or services are not allowed. Comments in violation of this policy will be removed. Continued posting of comments that violate this policy will result in the commenter being banned from the site.