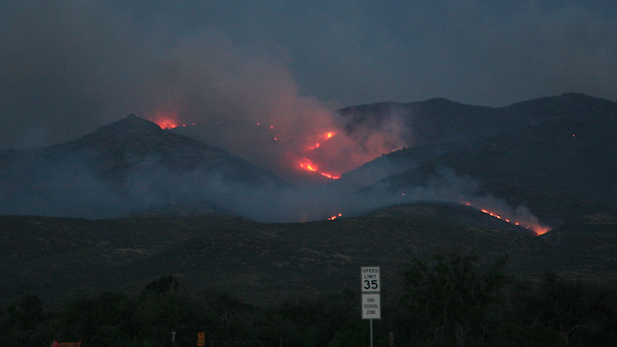 Yarnell and Peeples Valley were evacuated because of this wildfire.
Stina Sieg, KJZZ Radio

Residents from Yarnell and another town in northern Arizona remained evacuated and a highway was still closed Friday because of a wildfire burning since Wednesday in the hills of northern Arizona.

People in Yarnell were asked to leave their homes Wednesday, and Thursday some residents of nearby Peeples Valley had to evacuate.

"We’re just trying to stay in this house," Peeples Valley resident John Knight said. "We love living out here, and hopefully it won’t go across the freeway. That’s all we’re wishing right now."

The area’s main road, U.S. Highway 89, has been closed since Wednesday, and will not open until at least sometime Friday.

Almost exactly three years ago, this area was devastated by the Yarnell Hill Fire, which killed 19 firefighters.

Yarnell Fire 40% Contained and Slowing; Evacuees Return Hundreds Evacuate Yarnell; Wildfire Grows to 1,200 Acres 'Lives Are Different' Two Years After Yarnell Wildfire Tragedy
By posting comments, you agree to our
AZPM encourages comments, but comments that contain profanity, unrelated information, threats, libel, defamatory statements, obscenities, pornography or that violate the law are not allowed. Comments that promote commercial products or services are not allowed. Comments in violation of this policy will be removed. Continued posting of comments that violate this policy will result in the commenter being banned from the site.