× CORONAVIRUS: The latest coverage and resources regarding COVID-19 from the Arizona Public Media newsroom.
/ Modified may 27, 2016 9:56 a.m.

Researchers say failure to address challenges with speech at young age can lead to other challenges later in life. by Vanessa Barchfield TWEET SHARE 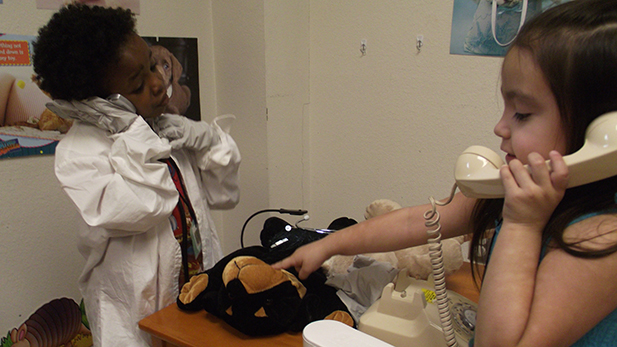 The University of Arizona runs numerous camps over the summer on anything from astronomy to sports, and one that helps young kids coping with speech impediments.

Speech camp is not for kids with lisps or who have trouble saying their R’s, but for those with delays in language development, said speech pathologist Becky Vance.

"And by language development, I mean difficulty putting ideas into words, putting words into sentences, that effectively communicate their ideas."

She said many of the campers have difficulty grasping the sentence structure that children without language impairment learn without even trying.

The camp focuses on helping kids overcome those difficulties while also teaching them how to get along with others, which can be a challenge for people with language impairment.

"When they save a seat for a friend at snack or they put their arm around another child and say 'this is my friend,' those kinds of things are just really heartwarming and that’s where I feel we see a lot of change," she said.

Campers, who are four and five years old, are are not the only ones that benefit from the program. Vance said she and her team conduct research during speech camp to better understand and treat language impairment.

Spots for this year's camp have already been filled, however, parents of children who are four years old can contact Becky Vance about spots for next year's camp. 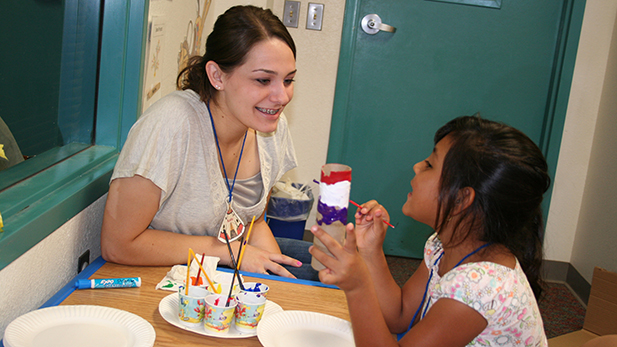 Girls Can Learn from New UA Women's Basketball Coach Camp Cooper Seeks Funding for Environmental Learning Christine Clark Holds Court at Basketball Camp for Girls
By posting comments, you agree to our
AZPM encourages comments, but comments that contain profanity, unrelated information, threats, libel, defamatory statements, obscenities, pornography or that violate the law are not allowed. Comments that promote commercial products or services are not allowed. Comments in violation of this policy will be removed. Continued posting of comments that violate this policy will result in the commenter being banned from the site.