Municipalities Would Get More Water Control Under Bill 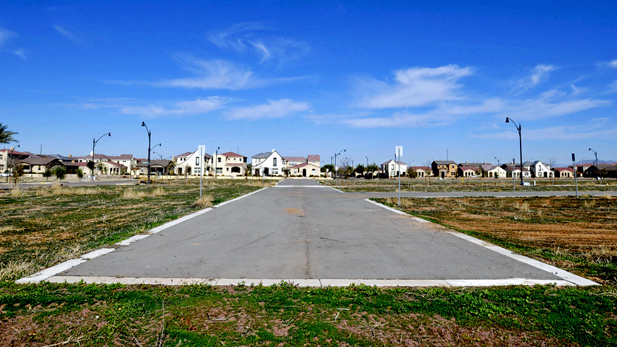 Cities and towns in rural Arizona could have fewer restrictions on how much water is needed before a subdivision comes online under a bill that passed a state Senate committee Monday.

The city of Sierra Vista lies outside where groundwater is regulated in the state. But in 2007, lawmakers passed a bill that gave counties the power, if they wanted, to require developers get a state certificate proving an adequate 100 year water supply before building.

In Sierra Vista's case, that power rests with Cochise County.

"The county has usurped our authority that you have given us," Sierra Vista Mayor Rick Mueller told lawmakers. "We are asking that you would relook that."

The Senate committee agreed and passed the bill on.

Democratic Sen. Lynne Pancrazi of Yuma argued against the legislation, saying it contradicts the state's policy of preserving aquifers.

"If anything needs to be regulated from the state down, I think it needs to be water, and with that I vote no," Pancrazi said.

One Sierra Vista development that would benefit from the law change is being challenged in court by residents who say allowing it would dry up the San Pedro River.

For Sale in Cochise County: How Much Water Is There? For Sale in Cochise County: 'You Don't Buy Land; You Buy Water' Border officials warn of heat dangers in south Arizona
By posting comments, you agree to our
AZPM encourages comments, but comments that contain profanity, unrelated information, threats, libel, defamatory statements, obscenities, pornography or that violate the law are not allowed. Comments that promote commercial products or services are not allowed. Comments in violation of this policy will be removed. Continued posting of comments that violate this policy will result in the commenter being banned from the site.