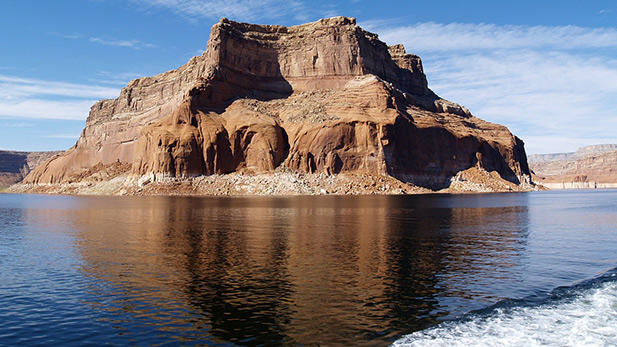 Plans for a 140-mile pipeline to carry water from Lake Powell to the growing community of St. George in southern Utah are under public scrutiny for the next 10 weeks.

The pipeline would stretch across northern Arizona and southern Utah, bringing 86,000 acre-feet annually to the booming population near St. George. That’s about one-fifth of Utah’s remaining allocation from the Colorado River, which flows into Lake Powell and then downstream through the Glen Canyon Dam.

The Utah Division of Water Resources submitted a draft proposal for the pipeline to the federal government earlier this month. Hydroelectric energy would be generated on the downhill portions of the pipeline, to offset the energy costs of pumping water uphill for the first 50 miles.

Total construction costs are estimated between $1 billion and $2 billion.

If approved, water deliveries could begin as early as 2025. The public comment period runs through the end of February.

Utah will submit the final proposal in April, and then the project will undergo environmental review.

Above-Normal Flow to Be Released from Lake Powell Arizona Town Hall Takes on Water Use, Planning Report: Colorado River Most Endangered River in US
By posting comments, you agree to our
AZPM encourages comments, but comments that contain profanity, unrelated information, threats, libel, defamatory statements, obscenities, pornography or that violate the law are not allowed. Comments that promote commercial products or services are not allowed. Comments in violation of this policy will be removed. Continued posting of comments that violate this policy will result in the commenter being banned from the site.