While growing up in Belgium, Patricia Deridder always dreamed about moving to Japan so she could learn the language and delve into the culture.

She got her chance when she was 18 years old and spent 15 years in Asia before moving to the United States.

After raising two children in Wisconsin, Deridder decided to seek new adventures in sunny Arizona and that eventually led to the establishment of Yume Japanese Gardens of Tucson.

She was able to purchase a property on Alvernon Way north of Grand Road, where Native Seeds/SEARCH used to be housed and opened Yume in 2013.

Deridder hopes to provide a place for meditation, peace and education.

"I had a mentor when I was in Japan who said at a certain age you have to return what you have received and it's my way of returning." 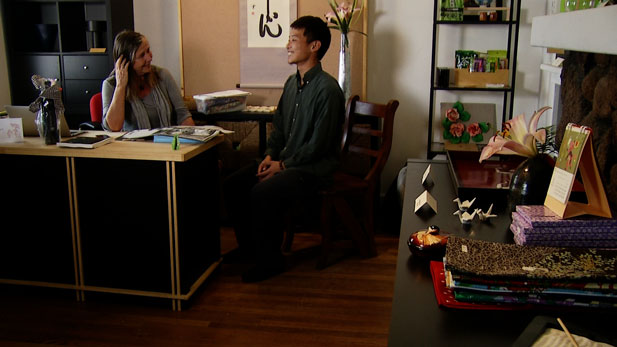 Tucson Crowds Grow in Mexican Artist Frida Kahlo's Garden Group Helps Grow Interest in Agriculture, Gardening and Nutrition Behind the Mask
By posting comments, you agree to our
AZPM encourages comments, but comments that contain profanity, unrelated information, threats, libel, defamatory statements, obscenities, pornography or that violate the law are not allowed. Comments that promote commercial products or services are not allowed. Comments in violation of this policy will be removed. Continued posting of comments that violate this policy will result in the commenter being banned from the site.