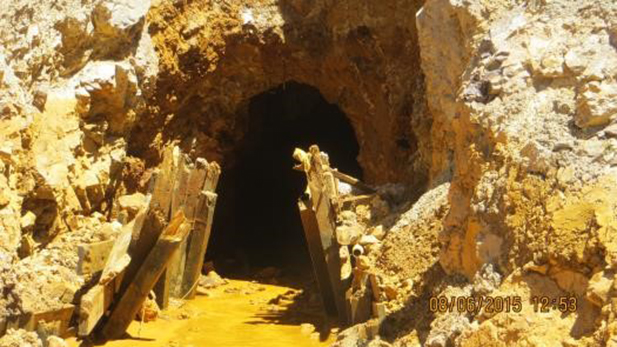 Western senators introduced legislation this week that would force companies to clean up — or at least set aside money to clean up — abandoned, inactive mines. The idea is to hold companies accountable, instead of taxpayers.

Currently the federal government designates abandoned mines as Superfund sites. But Colorado Sen. Michael Bennet said there are so many, it would cost billions of dollars to clean them up.

The Colorado mine spill that leaked 3 million gallons of toxic waste into Southwest rivers in August prompted the bill.

Navajo President Russell Begaye traveled to the source of the spill. He said Navajo farmers won’t use the river water. He’s frustrated that companies have been allowed to abandon their mining operations.

“It keeps happening because we’re dealing with an outdated law, a law that should have been changed years ago,” Begaye said. “So we will continue suffering. We’re just waiting for the next to to occur.”

Regulate Reopened Uranium Mines, Group Asks Government AZ WEEK: Is Mine Waste Spill Threatening Arizona's Water? Borderlands groups submit list of wall sections prioritized for removal
By posting comments, you agree to our
AZPM encourages comments, but comments that contain profanity, unrelated information, threats, libel, defamatory statements, obscenities, pornography or that violate the law are not allowed. Comments that promote commercial products or services are not allowed. Comments in violation of this policy will be removed. Continued posting of comments that violate this policy will result in the commenter being banned from the site.