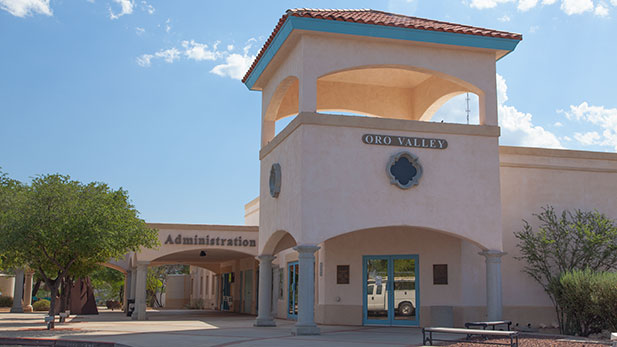 All four incumbents in the Oro Valley Town Council recall election held slim to wide leads in their respective races on Wednesday morning.

Mayor Satish Hiremath held a comfortable lead over challenger Pat Straney. Hiremath had 50.7 percent of the vote to 43.5 percent for Straney. Joseph Winfield, who dropped out of the mayoral race after it was too late to have his name removed from the ballot, had almost 6 percent.

The recall was driven by the town’s purchase of El Conquistador Country Club, which Hiremath and the three council members voted for.

Hotel and apartment management company HSL Properties was contemplating a purchase of the El Conquistador Resort and Country Club out of foreclosure prior to the vote, with the intent of selling the non-resort portion to Oro Valley.

Negotiations on the deal were kept private until the Dec. 3 meeting.

“They had a non-disclosure agreement, basically,” Hiremath said. “So this came to us way late in the game, and they said, ‘We’re going to sign on the dotted line to purchase the Hilton and if you want the golf course, we’re going to do that Dec. 18.’”

General Plan to Go Before Voters in Changing Oro Valley Decisiveness Prevails: Most Election Outcomes Not Close Oro Valley Recall Centers on Single Issue - Club Purchase
By posting comments, you agree to our
AZPM encourages comments, but comments that contain profanity, unrelated information, threats, libel, defamatory statements, obscenities, pornography or that violate the law are not allowed. Comments that promote commercial products or services are not allowed. Comments in violation of this policy will be removed. Continued posting of comments that violate this policy will result in the commenter being banned from the site.