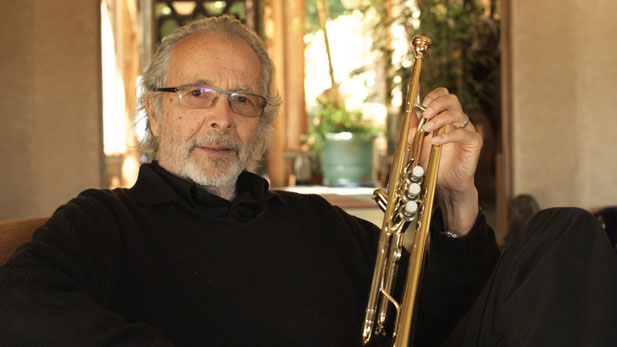 Alpert was and is the "A" in A&M Records, the leader of the world-famous Tijuana Brass, and a musician, composer, and arranger with nine Grammy Awards. He also holds a unique record as the only artist to score separate #1 records on "The Billboard Hot 100" as both a lead vocalist and an instrumentalist.

Worldwide, he has sold close to 80 million albums during his career, including his just-released collection of standards called Come Fly With Me.

Today, he is a sculptor and painter and arts philanthropist, who still enjoys recording and playing alongside his wife and collaborator Lani Hall.

Alpert says that his smooth, mellow trumpet sound was a creative choice he made, after pushing his talent a little too far in his youth…

Dana Carvey Burt Bacharach: A Love Affair with Music Patti LuPone
By posting comments, you agree to our
AZPM encourages comments, but comments that contain profanity, unrelated information, threats, libel, defamatory statements, obscenities, pornography or that violate the law are not allowed. Comments that promote commercial products or services are not allowed. Comments in violation of this policy will be removed. Continued posting of comments that violate this policy will result in the commenter being banned from the site.