Why Are Arizona, US Losing Hospitals in Rural Areas? 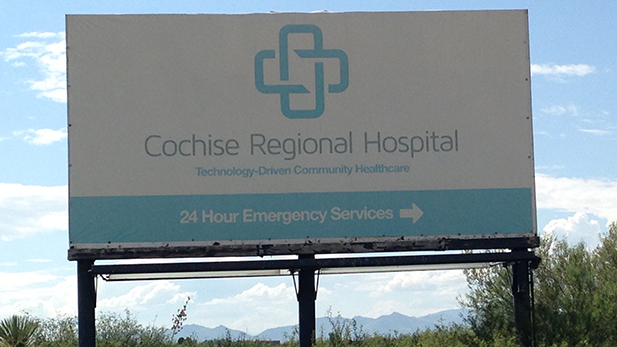 Douglas' hospital went through several CEOs and bankruptcies before it finally closed in July.
Kate Sheehy

DOUGLAS, Ariz. — Rural communities across the country are losing their hospitals at an increasing rate — 57 rural hospitals have closed over the last 5 years. The town of Douglas, on the Arizona-Mexico border, recently lost its hospital and the ripple effect is evident: job loss, emergency services overwhelmed, and people worried about their safety.

An ambulance can be heard returning to the Douglas’ Fire Department more often now. Emergency responders are out on the road more, traveling to what’s now, the nearest hospital in Bisbee, about 20 minutes away.

Since the town’s hospital closed about a month ago, the fire department is called out on average nearly a dozen times per day, 30 percent more than in the past. Fire Chief Mario Novoa said this is a lot for a department that serves a large rural area.

And the chief said he’s worried about his staff, who are working overtime and need rest. He said he has asked for extra personnel.

Novoa said he anticipates getting busier for the holidays when the town’s population grows with shoppers coming over from Mexico.

He said losing a hospital for this community of nearly 17,000 was a major blow.

“We’ve always had a hospital here. When I was a kid, we had two hospitals here. So it was very, very disheartening to know at this day and age, no hospital," Novoa said. 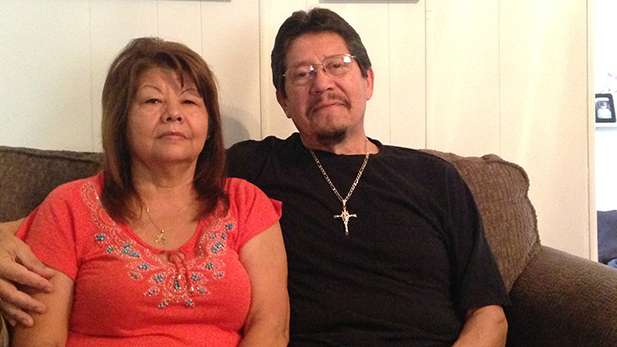 Lifetime Douglas residents Becky and Gilbert Gutierrez are concerned, like many people, about getting to the closest hospital in Bisbee, 20 minutes away.
Kate Sheehy

Gilbert and Becky Gutierrez have their 4-year-old granddaughter visiting at their home in the Pirtleville area of Douglas. The couple is in their 60s and grew up in Douglas. Gilbert said he took it for granted that there had always been a hospital here.

“A 20-minute drive is really, may make it or not, say life and death,” Gutierrez said.

He said there are many elderly people in their neighborhood who don’t have transportation to get to and from Bisbee.

Douglas’s hospital closed after years of financial instability that led to the loss of federal Medicare and Medicaid payments.

Maggie Elehwany is the vice president of Government Affairs with the National Rural Health Association. She said 43 percent of rural hospitals, designated as “critical access,” are operating at a loss, and they’re serving a needy population.

“Per capita, rural patients are older, poorer, so there’s a higher dependence on Medicare and Medicaid, and they’re actually sicker. They have a higher percentage of chronic disease,” Elehwany said.

The University of Arizona's Center for Rural Health shows of 12 critical access hospitals in Arizona, half have negative fiscal margins.

Elehwany said the threat to rural hospitals, is like "death by a thousand knives." She said these hospitals have been hit with several types of federal cuts in recent years. The Affordable Care Act is one factor. She said with the ACA there was the assumption that hospitals would have more insured people.

“Because you’re going to have more paying customers, Mr. Hospital, you’re not going to need as much of your disproportionate share payments from the federal government,” she said.

Those are the payments that help offset the cost of treating people who don’t have insurance.

However, many states didn’t expand Medicaid under the ACA, allowing more people to get insurance, to make up for that loss. Elehwany said those states have a high number of rural hospitals that have closed or are on the brink of closure.

In Arizona, Medicaid was expanded, but with that came a new state assessment, or tax. This has been an added burden on struggling rural hospitals.

Elehwany said that’s why the “Save Rural Hospitals Act” pending in Congress, is so important.

“We’re not asking Congress to throw a whole lot of money at this problem. We’re just saying, ‘Stop these cuts,’” said Elehwany.

Some of these rural hospitals may just need time to embrace a new healthcare model, she said, that focuses on emergency and outpatient care.

“You go to our clinic you see a doctor, you can have your laboratory, radiology and if you need a consult by a cardiologist you can have it done right there,” Dickson said.

He said this leads to better management of diseases and avoids more expensive, acute care treatment in a hospital.

Copper Queen has seen a 65 percent increase in its ER patients since the hospital in Douglas closed. Dickson recently announced he will open a 24/7, free-standing emergency room in Douglas in the next six to nine months.

But people in Douglas worry that without a full-service hospital, the town will shrivel away.

“You’re not going to come to a town that doesn’t have a hospital, if you can go someplace else. I wouldn’t,” Wendy Gomez said.

Meanwhile, Douglas Mayor Danny Ortega said a feasibility study will be done to see if the town can support another, smaller hospital. He said the town is also trying to attract and keep physicians.

“We’re trying to promote it as a quality of life. It’s a safe, small community. People sleep with doors unlocked at night. We all know each other," he said.

Ortega said some medical providers in the area are looking to Mexico, marketing across the border to people with health insurance.

Annual Health Report Shows Good, Bad in Southern Arizona Douglas' Only Hospital Closing Friday, Won't Reopen Rural Hospitals Connecting With TMC Specialists
By posting comments, you agree to our
AZPM encourages comments, but comments that contain profanity, unrelated information, threats, libel, defamatory statements, obscenities, pornography or that violate the law are not allowed. Comments that promote commercial products or services are not allowed. Comments in violation of this policy will be removed. Continued posting of comments that violate this policy will result in the commenter being banned from the site.