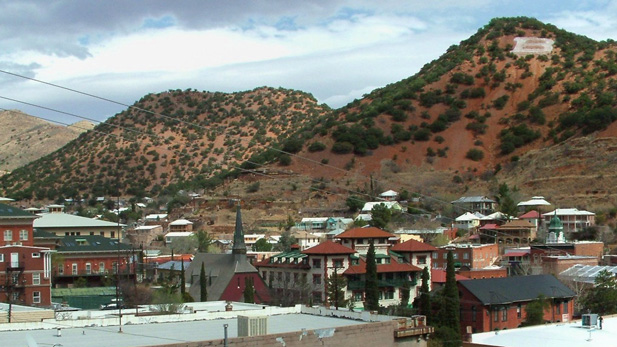 The Bisbee City Council has voted 4-3 in favor of a resolution supporting assisted suicide in the city.

The resolution, presented by Council Member Joan Hansen, asks the Cochise County prosecutor to de-prioritize prosecution of a person who has supported, been present, or facilitated an assisted suicide where the patient was of sound mind and has been diagnosed terminal with less than six months to live.

“It’s not legal in any way, shape or form," said Hansen. "Obviously we couldn’t legalize anything, but it’s basically requesting a platform to talk about this, because it’s time. We need to talk about this topic.”

Hansen said the resolution came about after a recent voter petition proposed it, and the non-profit organization Aid in Dying spoke before the council.

Facing Loss of State Funding, Bisbee to Roll Back Bag Ban Bisbee Fires Back on Legislator's Challenge to Plastic-Bag Ban Walk, Listen, Learn: A New Way to Tour Historic Bisbee
By posting comments, you agree to our
AZPM encourages comments, but comments that contain profanity, unrelated information, threats, libel, defamatory statements, obscenities, pornography or that violate the law are not allowed. Comments that promote commercial products or services are not allowed. Comments in violation of this policy will be removed. Continued posting of comments that violate this policy will result in the commenter being banned from the site.