Farmers in Cochise County lose petition to to stop further development in their area. by Zachary Ziegler TWEET SHARE 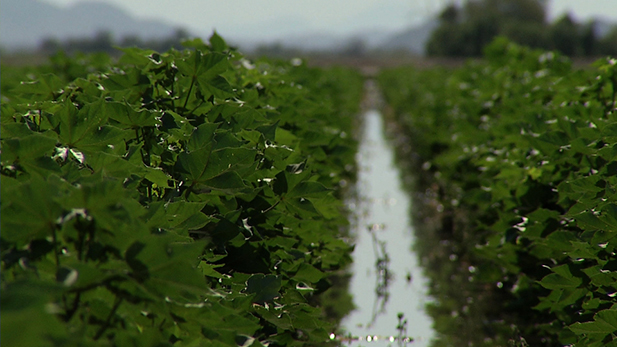 The Arizona Department of Water Resources has denied a petition by farmers in southeastern Arizona to ban the expansion of irrigated farmland in the area.

The farmers, who are mostly near Bowie along the New Mexico line, filed the petition out of fear that new pistachio and pecan farms in the area will deplete groundwater.

"There is sufficient groundwater to provide a reasonably safe supply for irrigation of the cultivated lands in the San Simon Valley sub-basin at current rates of withdrawal," Buschatzke wrote in the decision.

State water officials declined to comment, saying the decision is open to review until late September.

Does Growing Wheat in the Desert Use Too Much Water? Drought Means Well-Drilling Boom in Groundwater Quest Arizona Water Chief: California Should Share Drought Burden
By posting comments, you agree to our
AZPM encourages comments, but comments that contain profanity, unrelated information, threats, libel, defamatory statements, obscenities, pornography or that violate the law are not allowed. Comments that promote commercial products or services are not allowed. Comments in violation of this policy will be removed. Continued posting of comments that violate this policy will result in the commenter being banned from the site.