How Old Is Grand Canyon? 'Only' 6 Million Years 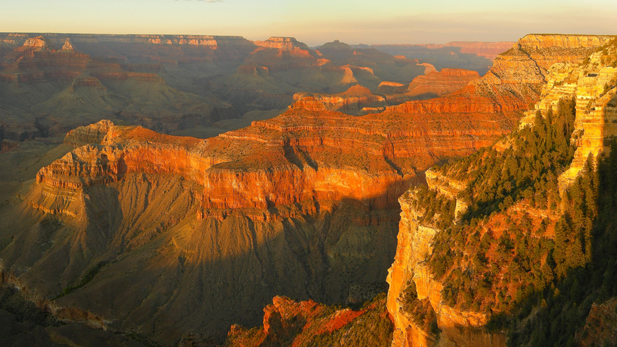 Sunset at Yavapai Point, along the Grand Canyon's South Rim.

New research supports the long-held hypothesis that the Grand Canyon is as young as 6 million years. That’s what geologists originally believed before a different study claimed it was tens of millions of years older.

The study, which was conducted by geologists at Arizona State University, compares the western Grand Canyon with the Grand Wash Cliffs. It found that the canyon is steeper than the cliffs, which suggests erosion started more recently.

“So our conclusion is that it’s younger than the activity on the Grand Wash Fault,” said Andrew Darling, lead author of the study. “If the canyon’s younger than the fault, that would be consistent with the 6 million year old canyon age.”

A previous study in 2012 revitalized research and debate when it claimed the Grand Canyon might be as old as 70 million years. That study looked at the decay of radioactive elements in rocks. The ASU study looked at geomorphology, particularly erosion rates.

US Parks Draw Record Crowds Ahead of 100th Anniversary Proposals Would Regulate Grand Canyon Backcountry Interior Secretary in Tucson to Promote Free Parks for Students
By posting comments, you agree to our
AZPM encourages comments, but comments that contain profanity, unrelated information, threats, libel, defamatory statements, obscenities, pornography or that violate the law are not allowed. Comments that promote commercial products or services are not allowed. Comments in violation of this policy will be removed. Continued posting of comments that violate this policy will result in the commenter being banned from the site.